Doesn't work out, I'll send her home in body bag. 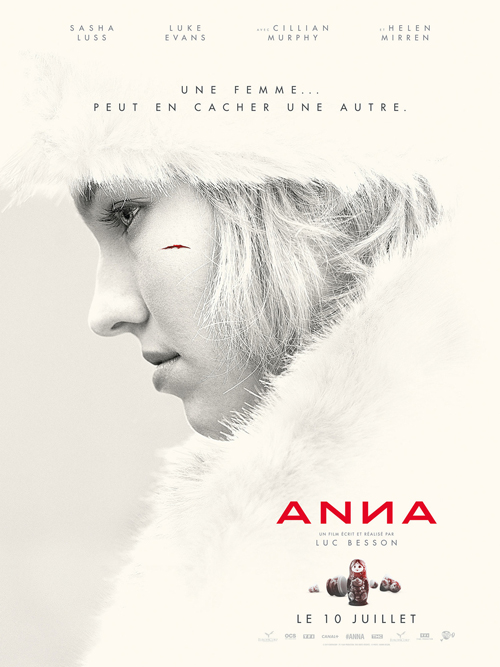 (SPOILERS) I’m sure one could construe pertinent parallels between the various allegations and predilections that have surfaced at various points relating to Luc Besson, both over the years and very recently, and the subject matter of his movies, be it by way of a layered confessional or artistic “atonement” in the form of (often ingenue) women rising up against their abusers/employers. In the case of Anna, however, I just think he saw Atomic Blonde and got jealous. I’ll have me some of that, though Luc. Only, while he brought more than sufficient action to the table, he omitted two vital ingredients: strong lead casting and a kick-ass soundtrack.

Even Atomic Blonde’s lesser sibling, the also Cold War-set Red Sparrow is ahead of Anna on the lead performer front. One of the most forgivable aspects of the assembly-line action vehicles released by Besson’s production company EuropaCorp is that they’ve had the habit of casting memorable and/or established lead actors to soup up the (sometimes, not so much when Oliver Megaton was involved) dynamic, explosive balleticism of its directors. From Neeson to Costner to – yes – the Stath, this did the company well. And in his directorial career, Besson has been recognised for his keen choices of female leads, from Anne Parillaud to Milla Jovovich to Michelle Yeoh and er, Scarlett Johansen (actually, perhaps we should forget about Lucy).

Generally, he seemed to have as good an eye for casting as staging an action sequence, but such notions were seriously skewered by the dual lead/chemistry vacuum of Valerian and the City of a Thousand Planets, a bomb that all-but brought down the production house (pending a buy-out). And now comes the much more modest undertaking that is Anna, which again seems to be a blunder on Besson’s part, hand picking model Sasha Luss (whose sole prior acting role was as an alien in Valerian) to play top KGB super spy (and, natch, model as one of her covers) Anna Poliatova.

Luss isn’t outright awful, but she’s a consistent blank slate, and not in a good kind of way that makes you ask what’s going on beneath the impassive exterior. Any kind of probing just bounces off her, because there’s nothing to probe. Her co-stars – Helen Mirren, Cillian Murphy and Luke Evans among them – do their best to help her through, but the kindest thing you can say is that she, or her stunt double, moves well during the set pieces. One has to assume a degree of hubris on Besson’s part here, a desire to prove he could fashion a star, that he didn’t need Charlize Theron, or Johansson for that matter (the global success of Lucy remains one of the more mystifying box office developments of the past decade).

Besson’s screenplay is self-consciously tricksy, again modelled on the who’s-working-for-whom reveals of Atomic Blonde, but mostly it isn’t nearly as much fun when it offers them up; the five-minutes-late-back-from-a-hit, where it turns out Anna was contacted by the CIA, is easily the best of them – the final see-it-coming-a-mile off “killing” of Anna by Olga easily the worst – but they do keep the picture sufficiently lively and motivated. Overall, though, Anna’s lacking the kind of crude grandstanding in the supporting parts that James McAvoy brought to Blonde. Mirren is truly great, working on her role as Anna’s handler like a chain-smoking trooper, but she can’t single-handedly elevate this into something special, while Murphy’s CIA guy performance is only noteworthy for his seemingly having decided on a studious impression of Kevin Bacon.

Still, Besson continues to show great chops when it comes to action, and there’s a single-handed restaurant takedown early in the proceedings that’s both dizzy and delirious in its relentlessness. Later, something similar ensues at KGB headquarters, with Anna attacked from all sides as she attempts to escape intact. There’s also an amusingly edited murder montage set to INXS’ Need You Tonight that effectively punctuates gunshots to the song’s percussive beats (I have to say, though, the implications of an INXS track ending on a strangulation entirely escaped me). However, the soundtrack’s mostly made up of an atypically insipid score from frequent Besson collaborator Eric Serra (Nikita, Leon and The Fifth Element, as well as curate’s egg Goldeneye).

I seem to recall a point in the early 00s when Besson announced his retirement from directing, which naturally didn’t last too long (but there was a six-year gap between The Messenger and Angel-A). Nothing he’s done since his “return” has come near to his ‘90s heyday in terms of consistency, although I’d vouch for the underrated The Family, and for the opening sequence of Valerian (possibly the finest movie music montage this century, and additionally worthy of praise for making Space Oddity seem fresh again, a virtual impossibility). Anna is, as others have pointed out, not much more than a reheat of themes and plotlines we’ve already seen in Nikita and Leon, serviceable enough, and agreeable as a time-passer, but entirely disposable. 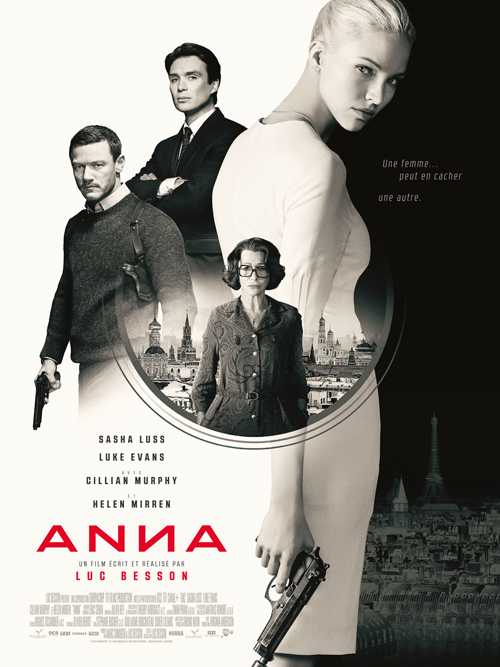 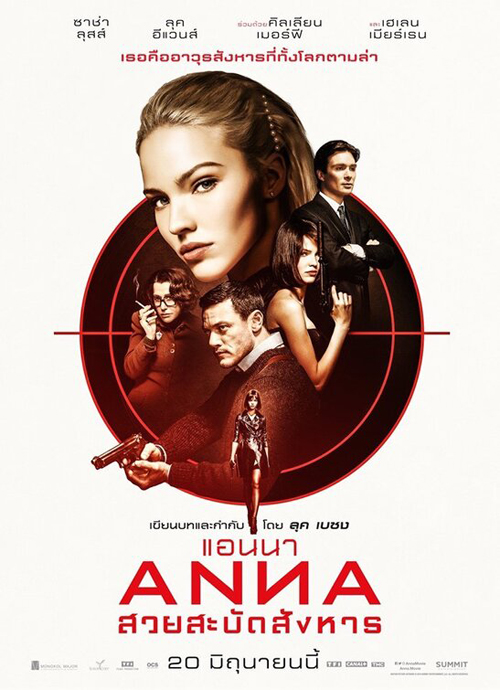