It's a simple case. A man with the mentality of a child of seven could handle it. 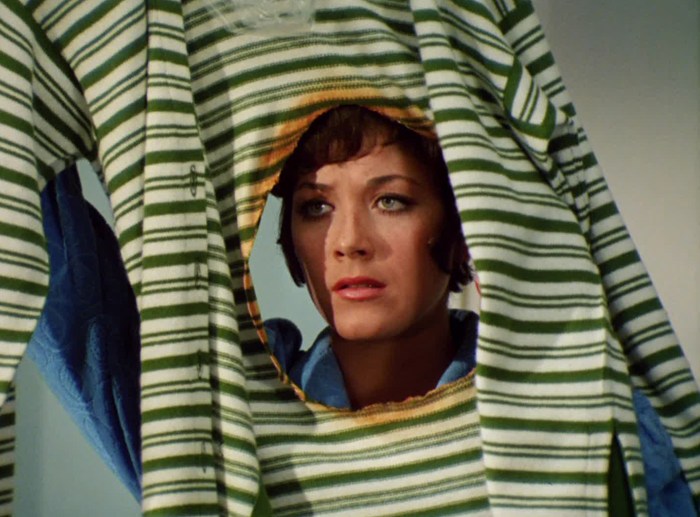 The Avengers
6.18: Wish You Were Here

Wish You Were Here counts as one of the season’s best so far, combining an appealingly eccentric premise from Tony Williamson (a guest house prison with no obvious barriers to leaving) with strong direction from Don Chaffey. I have to admit, though, like a bit of a lemon, the obvious The Prisoner parody aspect – it was even the working title – escaped me until afterwards, probably because this is tonally so different. 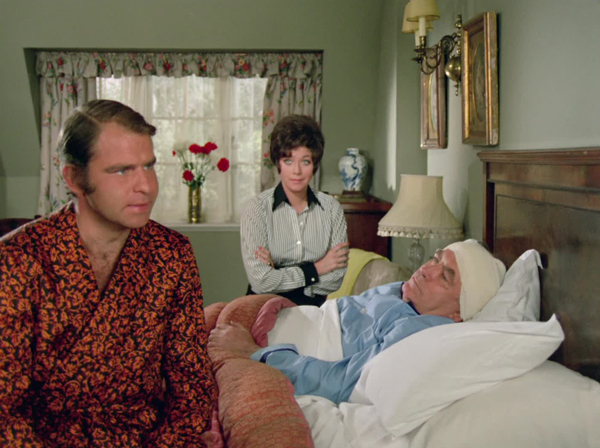 If there’s a flaw in the construction, it’s that it’s very obvious quite early on that Maxwell (Robert Urquhart, 4.16: Castle De’ath – where he was also the unassuming bad guy) is the mastermind behind all this. Nevertheless, there’s something endearing about the way the episode juggles the sinister and the silly, not least the presence of Mother’s nephew, incompetent buffoon Basil Crichton-Latimer (Brook Williams), sent to help out Tara, who has gone to find out what has happened to her Uncle Charles (Liam Redmond, 4.18: Small Game for Big Hunters), who took a holiday at the hotel nearly a month before and hasn’t returned (in the meantime, almost all the old staff at his business have been replaced). This is consequently a very Steed-lite episode, in which he’s nominally called upon by Mother to help work out the identity of a double agent. 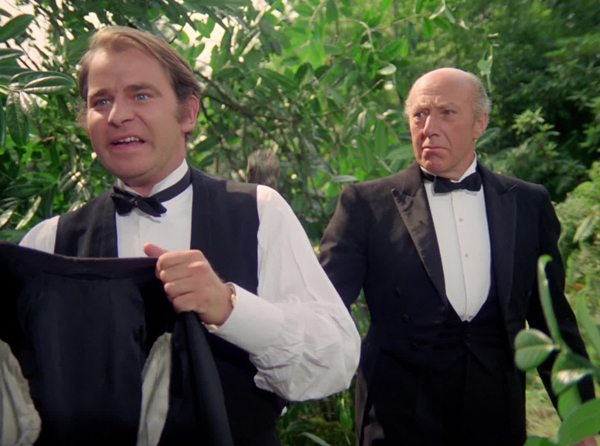 Basil’s best moments include managing to get a golf ball in Mother’s whisky, bringing everything but the kitchen sink to the hotel (including parachute and ice skates – “Well, you never know, Been awfully chilly”), much to the exasperation of maître d’ Mellor (Richard Caldicot, 5.13: A Funny Thing Happened on the Way to the Station), completely failing to lower his voice when Tara gives him the lowdown about their plight at breakfast, and getting hit on the head when the call to chivalry – a scantily clad girl in the bushes – distracts him from his escape bid (“A tree fell on me”). 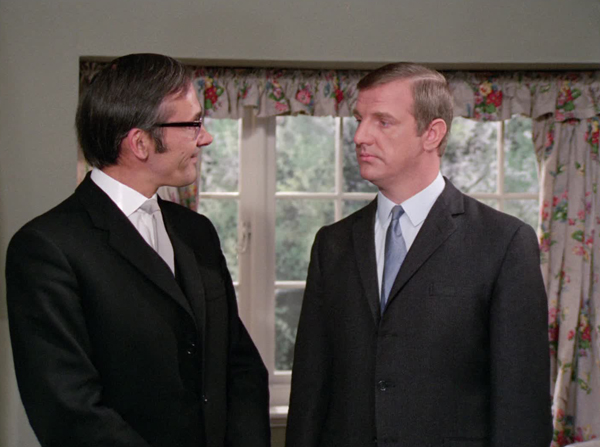 Basil: I was decorated, with a vengeance.

In contrast to Number Six being assaulted by beach balls and armed patrols, the hotel’s methods are decidedly mundane, consisting of flat tyres, ruined laundry, being deluged with paint and the occasional broken limb. Such that the decision to escalate from simple detention to murder as a standard response, following the “extreme case” of Brevitt (David Garth, 2.14: The Big Thinker, 4.14: How to Succeed… At Murder) doesn’t really bear much analysis; manager Parker (Dudley Foster, 4.15: The Hour That Never Was, 5.14: Something Nasty in the Nursery) goes from protesting to Kendrick (Gary Watson, 1.17: Death on the Slipway, 2.17: Immortal Clay, 3.26: Lobster Quadrille) and Vickers (Derek Newark, 3.22: The Trojan Horse, 5.4: From Venus with Love) that this isn’t how they do things, to suggesting a celebration with champagne in the space of a couple of minutes. What did they do previously? Let victims go? Was there a previously? This outfit doesn’t exactly seem like the Fear Merchants in terms of organisation skills. 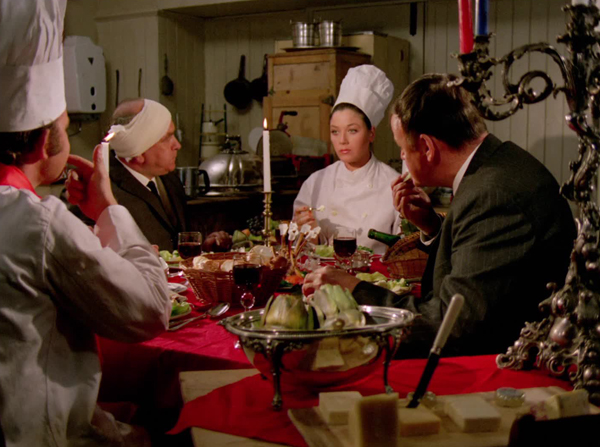 Tara: Whoever heard of a hotel without water. Or food.

Thus, Tara’s means of fighting back is crude but effective, forming a barricade in the kitchen where those present (including Maxwell, for the time being) have a feast while she and Basil adopt full chef’s attire. After the rest of the guests have left, they go on the attack, with frying pans and floor polish as chosen methods of dispatching the enemy, culminating in Maxwell succumbing to a banana skin and a paint pot on the head. 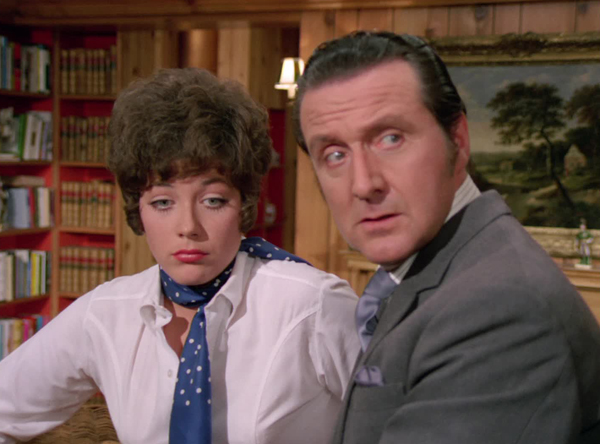 Also notable is Gia Kelly (The Seeds of Death), whose role as Miss Craven appears to have gone walkabout somewhere; she seems to have more importance than there is on screen. Unlike the rest of the episode, the coda is pretty feeble; Steed can’t leave the apartment unless Tara holds the fort alone. She agrees, only to discover Steed has been lumbered with a neighbour’s baby and he’s off down the pub. Still, with an episode like this, it’s easy to forget the drubbing this season often gets. 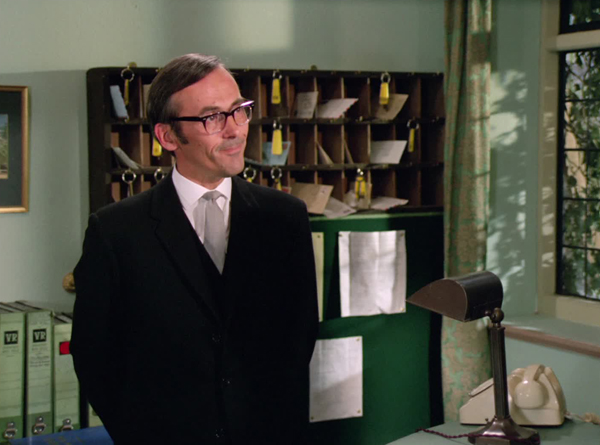 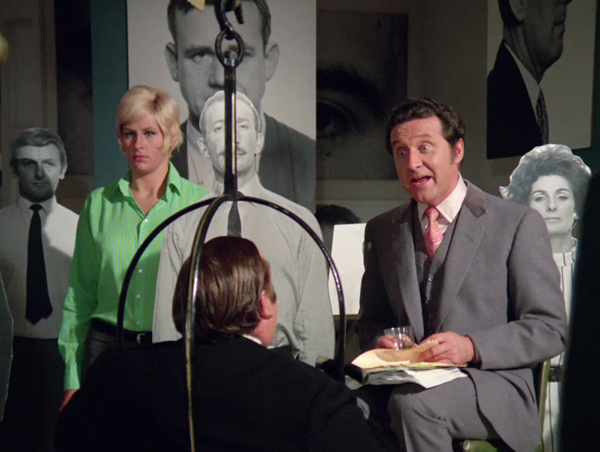 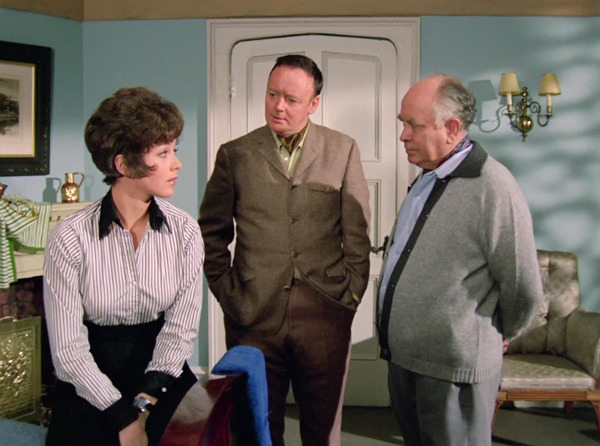 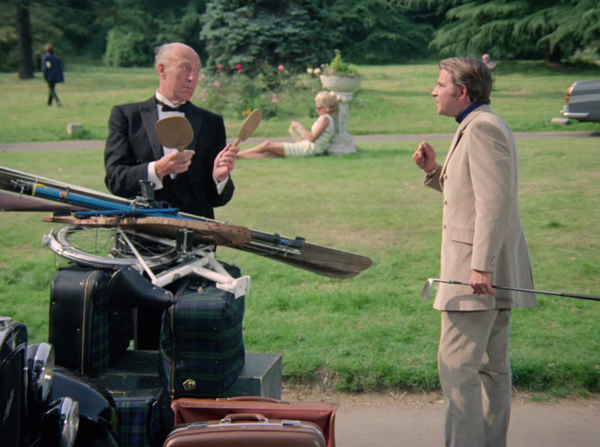 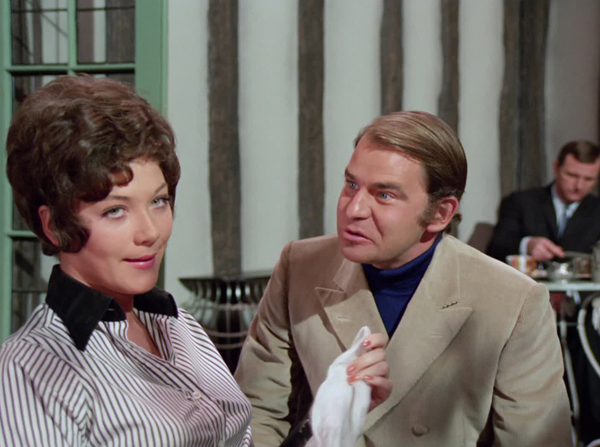 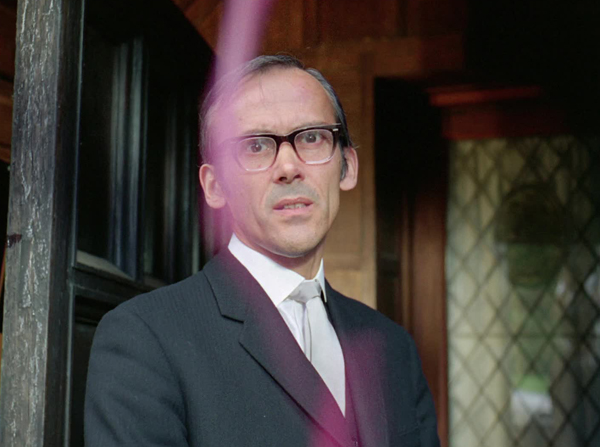 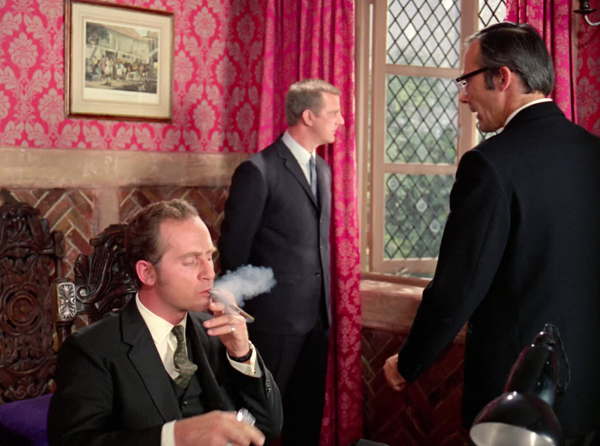 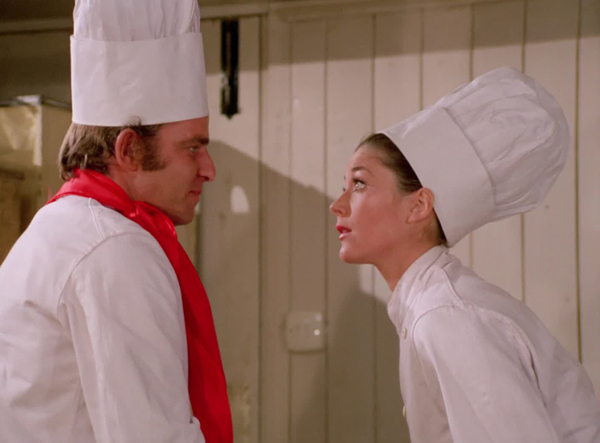 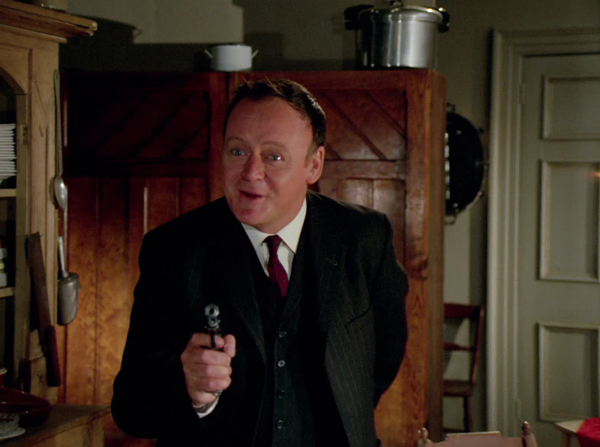 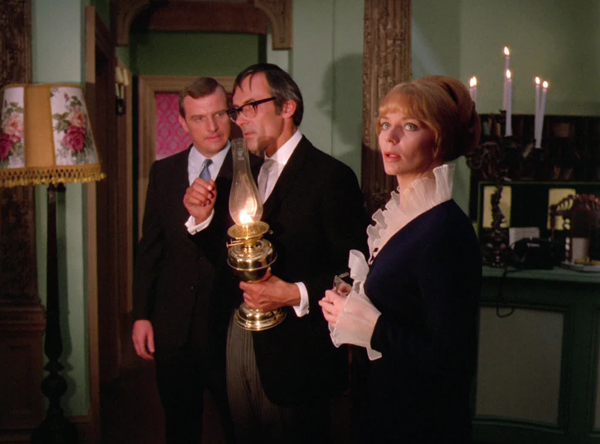 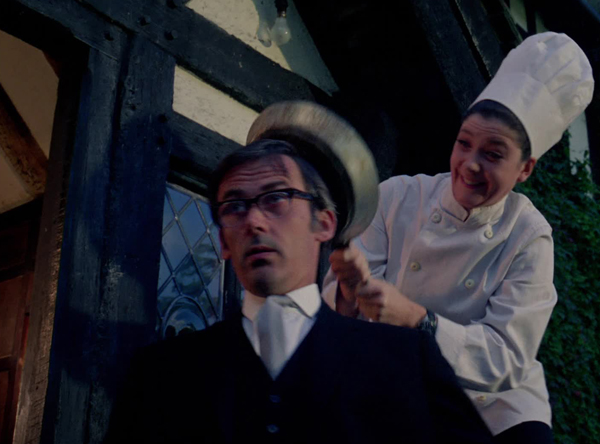 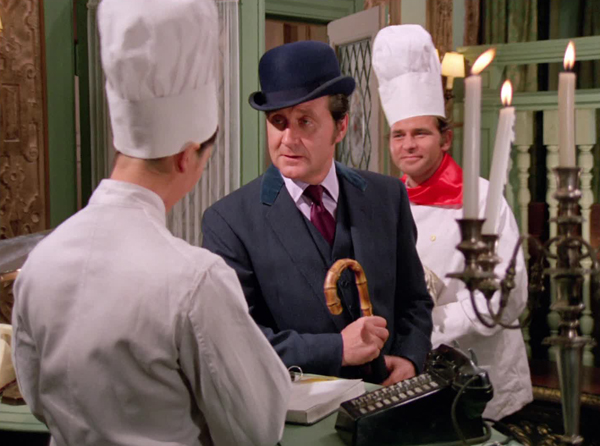