Oi! Give me back my bum bag! 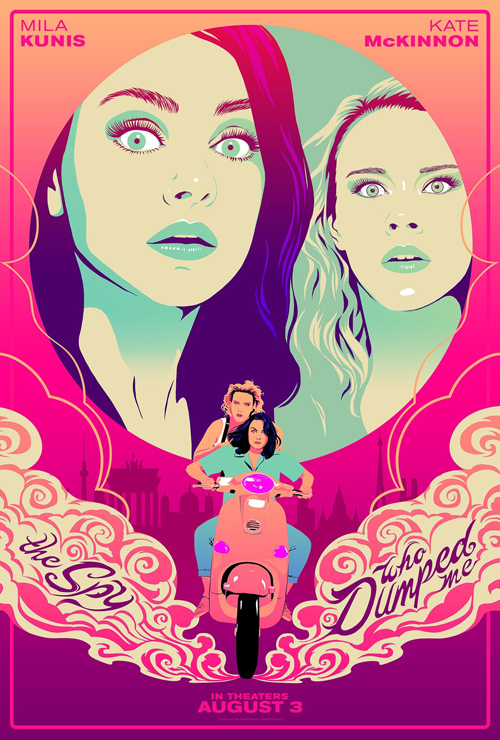 (SPOILERS) “Spy Who…” movies have a reasonably solid historic pedigree (yes, I’m including the Austin Powers one), but that title talisman does little for The Spy Who Dumped Me, attempting as it does to run with the tried-and-tested baton of unexceptional types thrown into a fantastic narrative that can be found in everything from The Man Who Knew Too Much to The Man Who Knew Too Little to Condorman and your average Wilder/Pryor vehicle. On this evidence, though, director Susan Fogel is a better action director than she is a dab hand at comedy (before you call me out by pointing to her credit on the recent raved-over Booksmart, that is with three other writers).

Indeed, Paul Feig’s “unlikely spy” yarn Spy, its title aside, was a lot more satisfying, possibly in part because Fogel (and co-writer David Iserson) isn’t entirely sure on the parameters she’s set herself. Best pals Mila Kunis and Kate McKinnon find themselves thrown into a plot of international intrigue when the former’s ex (Justin Theroux) leaves her with a vital McGuffin and instructions on what to do with it. Cue lots of screaming and being chased and shot at. But also cue McKinnon being “a bit much”, as Theroux observes of her at one point. Which seems to be a means of writing the SNL performer’s improv leanings into the plot – and simultaneously make you feel bad for finding said unfettered leanings increasingly annoying – as she, rather than being freaked out, loves the danger and is inspired to increasingly wacky riffs and interactions as a result.

I thought McKinnon was easily the best thing about the underwhelming Ghostbusters reboot, ditto what I’ve seen of recent years’ SNL, but here it feels like she’s trying too hard to imbue her schtick on unsupportive material, wandering around in her own little movie, a different one to her co-stars’. The effect is closer to Jim Carrey in The Cable Guy than someone you end up appreciating. Ironically, Kunis, who I’d pretty much concluded was only still headlining movies because she has a great agent, is much better suited to the tone.

Fogel and co go all in for gross-out and violence (cock shots, torture, impalement), which also ends up feeling a bit too much like desperation, as if throwing everything against the wall will lead to clarity over what sticks (McKinnon’s ex being Ed Snowden definitely does not. Nor does “Are you into Balzac?”) Which means it grows wearing quite quickly.

There’s decent support from Theroux, Outlander’s Sam Heughan, and Gillian Anderson, and some genuinely funny scenes with McKinnon’s parents Paul Reiser and Jane Curtin, blasé about their daughter’s apparently murderous Euro trip. But you should really want to spend time with Kunis and McKinnon rather than peg it in the opposite direction. I can only guess, from the very stupid even by The Spy Who Dumped Me’s standards to that point end credits scene, showing them as fully-fledged spies, was hopeful of setting up a sequel. Fortunately, that won’t be happening.