Tonight it seems he stalks again through the alleys of the East End. 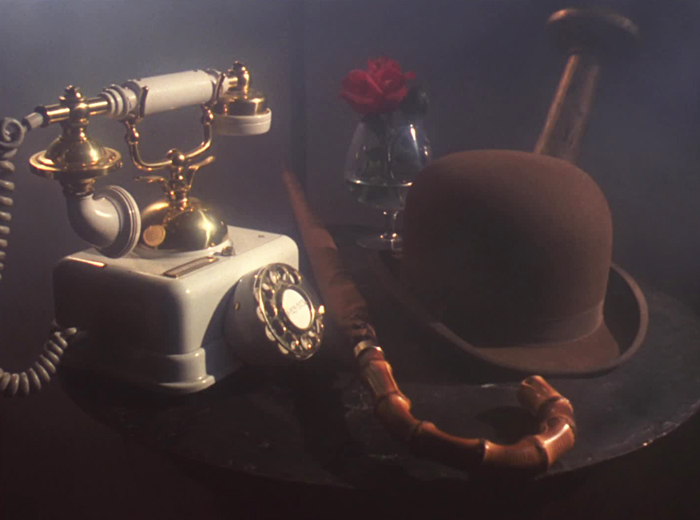 Jeremy Burnham’s teleplay offers an overtly Ripper-esque villain (the deliciously named Gaslight Ghoul) and John Hough serves up appropriately fog-shrouded visuals aided by a very faux-Victorian London set; Fog is arguably pretty thin when it comes down to it, but it’s an appealingly atmospheric yarn, and one with negligible interest in anything approaching a real-world setting, which is very much in its favour. 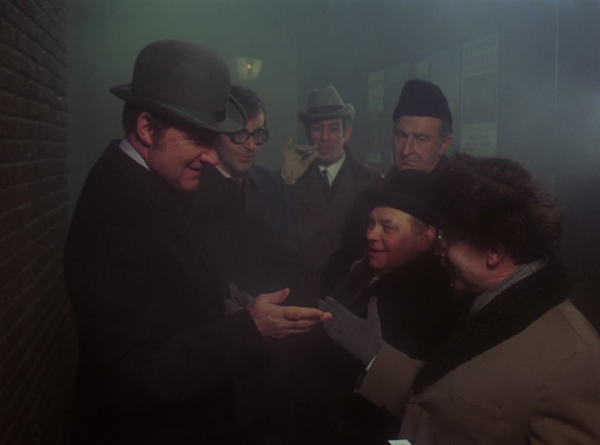 I guess you could argue that element is represented by the Russian delegation for the Disarmament Committee, whom Steed meets at the station and who are the targets of the recreated Ghoul’s attentions. Except that, once introduced, they’re set off wandering the foggy streets (“We still lead the world in that department” announces Steed) with no rhyme or reason, simply to become targets of the Ghoul. 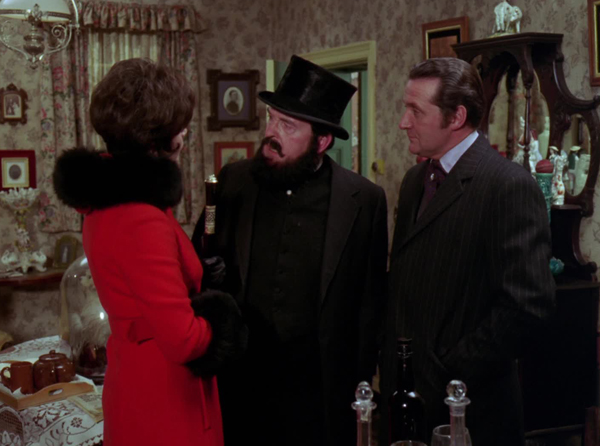 The murders have “all the makings of an international incident” with Steed Holmes to Tara’s Watson (Burnham did no reading of Conan Doyle in preparation). The trail takes them to a costumier’s (Norman Chappell, 1.12: Dance with Death, 1.23: Dead of Winter, 3.14: The Gilded Cage, 4.4: Dial a Deadly Number, 5.22: Murdersville), with a dog in a jar on a table, and then on to the Gaslight Ghoul Club, formed in honour of the murders; they’re ”a society of harmless eccentrics”, where members curiously appear to rent their Ghoul costumes (complete with beard) rather than buy their own. 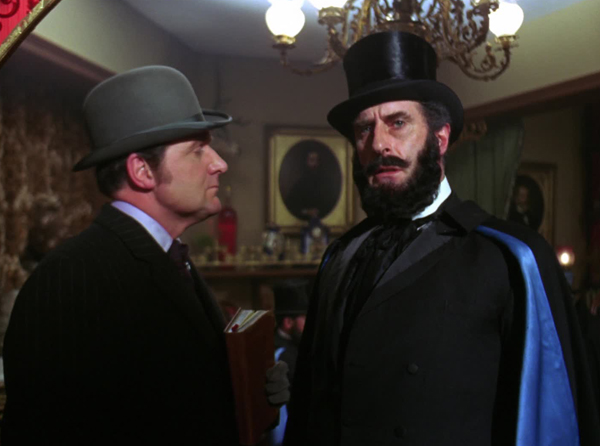 Steed’s “in” as a member of the select society is a fabricated – with Mother’s ready collaboration – diary written by his Great Aunt Florence (his “favourite auntie”), which drops a bombshell on page 194, paragraph 2 concerning a previously unknown – unsurprisingly – tenth Ghoul murder. Patrons of the club include its President Sir Geoffrey Armstrong (Nigel Green, great value, with a more substantial role than in 5.6: The Winged Avenger; his housekeeper is Patsy “Wouldn’t want that served with onions” Smart from The Talons of Weng Chiang, Travers (Guy Rolfe), and Wellbeloved (John Garrie, also The Winged Avenger), who Steed mistakes for an exhibit (“Some of these figures are remarkably lifelike”). 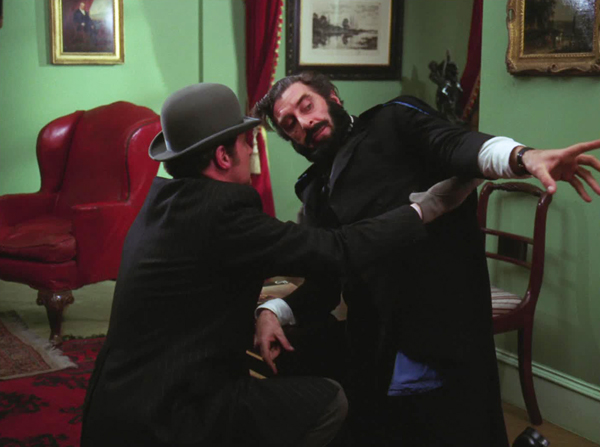 Armstrong, also a doctor, is the most likely culprit (he’s extremely right wing, and formed SADOBE, the Society Against the Disintegration of the British Empire), but when he’s topped, we know we’re in red herring territory, and since the cast is limited, it has to be chatty Travers.
Armstrong goes out with style, though, noting his attacker’s words (“He said, that’s a cure for your fever”) and rather witty final words as Steed tells him he’ll send for a doctor: “I am a doctor, old boy. You can send me… an undertaker”. 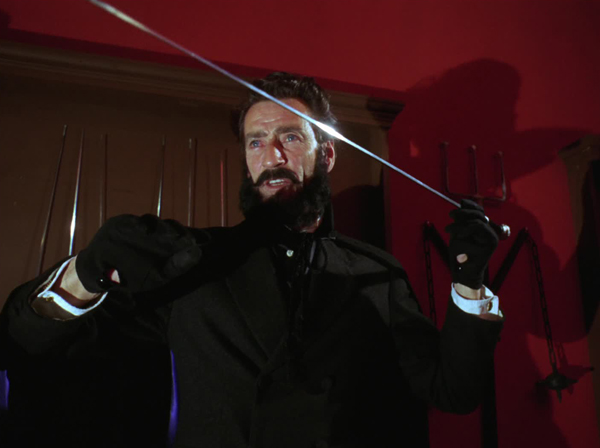 Travers: These fools want to disarm the world.

Travers’ agenda isn’t terribly interesting, amounting to “protection of my livelihood. Armaments, guns, ammunition. All the trappings of war”, and it isn’t quite clear why the club makes the perfect cover, but he seems to think it does. 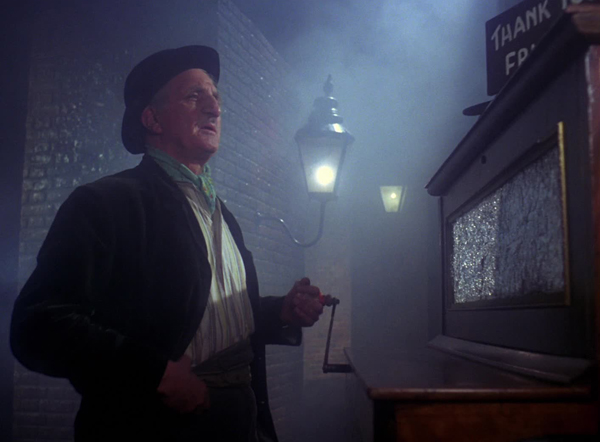 Besides victims Grunner (John Barrard), Valarti (Frederick Peisley) and Osgood, cab-hire company man Sanders (Paul Whitsun-Jones, 3.6: Man With Two Shadows, The Wringer, 4.9: Room without a View) also falls foul of the Ghoul (the sound of his cab is actually a tape recording). The streets are full of authentic Victorian types, including a seller of lucky heather (Virginia Clay), a blind man (William Lyon Brown, 5.17: Death’s Door), an organ grinder (Stan Jay) and a knife grinder (Bernard Severn), without any explanation for why they should be anachronistically hanging around the anachronistic streets. Mother too is doing the rounds, patrolling the streets in a Mini Moke with a flashing light and radar. 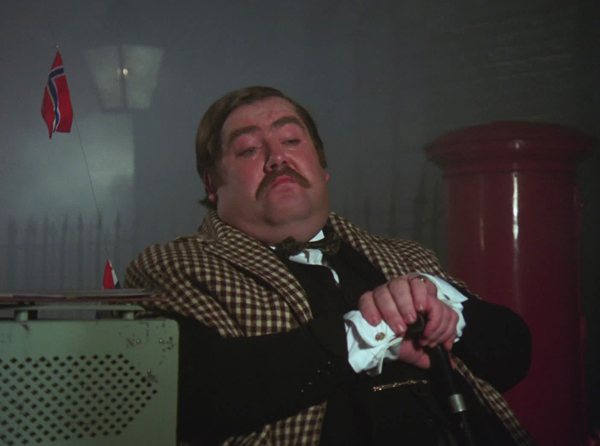 Tara gets a decent terrible pun (“I just can’t bear traps”) but it isn’t her most memorable showing, and the coda is also fog, or steam, bound, with Mother driving through the apartment (“I think you left the door open”). Fog isn’t any kind of series peak, but it’s very likeable. 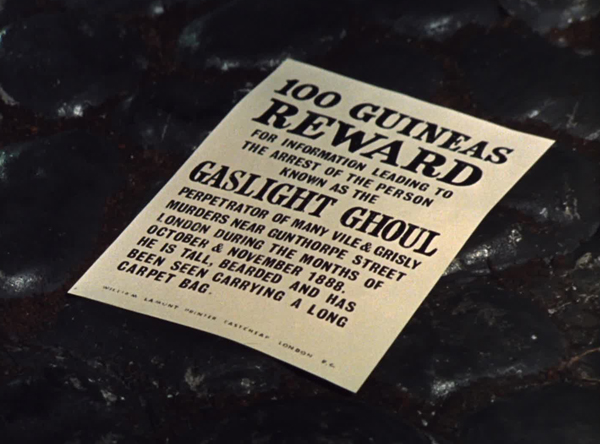 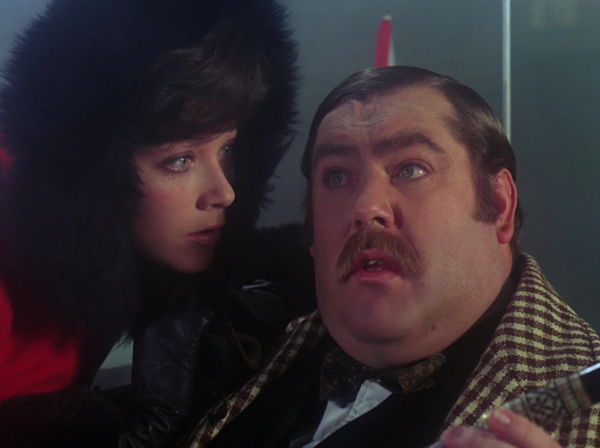 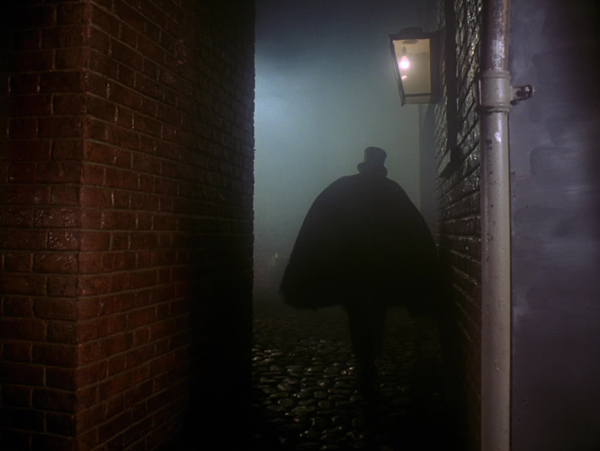 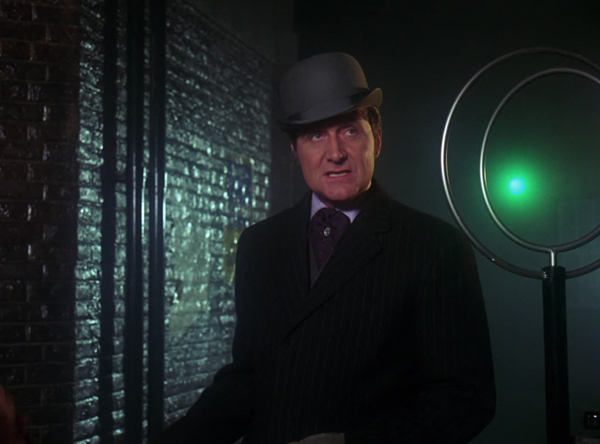 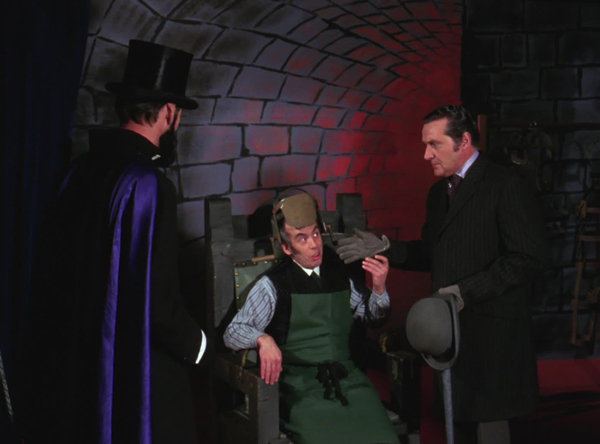 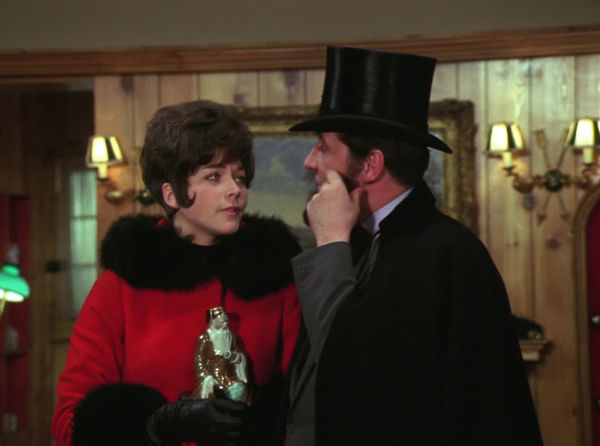 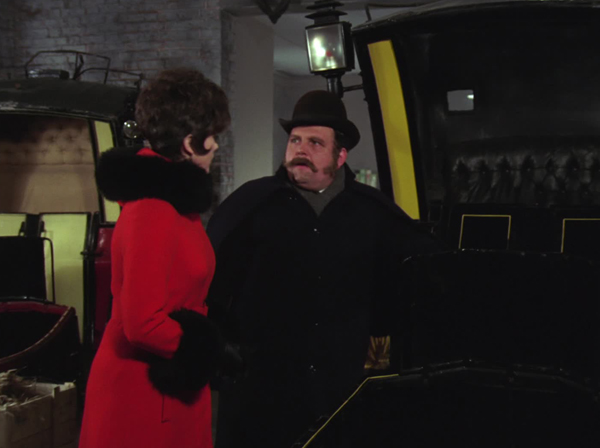 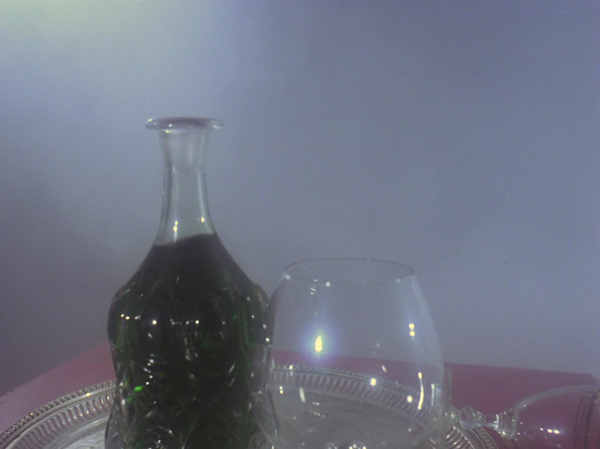