“All you need is a mango season and everything will change.” 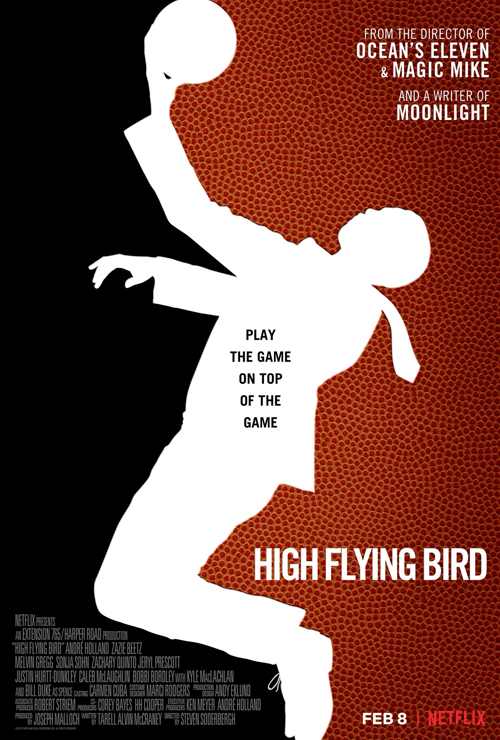 (SPOILERS) The most noticeable thing about Steven Soderbergh’s return to moviemaking has been that so few really noticed. He has directed four films since his four-year hiatus (sorry, retirement), with a fifth on the way, and seems to be operating by a career rationale in direct contrast to Tarantino’s. The latter wants every one to count, to dig deep into his auteur status and thus leave behind an indomitable rep (underlined by that all-important – and terrifying as a prospect to some – ten-and-out movies). Soderbergh appears to have only one criterion in picking his projects: that they’re desperately inessential.

Of course, I’m saying all this as someone who hasn’t bothered to catch any of his comeback pictures until now. But it says something that out of seventeen-odd features since 2000 perhaps two of them could be claimed as more than either respectable, okay-ish, middling or a mistake. If you’re wondering, those would be The Informant! and curate’s egg Ocean’s Twelve. I said Soderbergh’s one criterion for picking projects was their inessentiality, but that’s not entirely true. Foremost, and likely informing that inessentiality, is what he can bring to them technically. He’s like Bob Zemeckis but for cameras rather than special effects.

So High Flying Bird, like Unsane before it, was made on an iPhone 8 (with a special lens). Why? Because he can, and because Netflix stumped up the cash. There’s probably a “If I can do it, so can you” lesson for aspiring young filmmakers here, but it’s rather lost in the realisation that, yeah, High Flying Bird looks fine considering it was filmed on an iPhone, but it hardly looks great. And formally, it’s a very uninteresting film. You’re watching it thinking “This is how he’s holding his iPhone right now to get that shot”.

The fact that you’re so preoccupied arguably comes down to the inessential material, unflatteringly evidencing that Moonlight Oscar winner Tarell Alvin McCraney is a playwright first and foremost, since the film is shot through with an inescapable staginess in structure and design. You can get away with that with an adaptation of Glengarry Glen Ross because the material and the characters grab you; you may not be interested in real estate, but their situations and pressures draw you in. While I’ll bet there’s a way to make an interesting movie out of the workings of the NBA, particularly for someone with zero fascination for the subject like me, this is not it. And it has about as much passion behind it as every other of Soderbergh’s projects. Which is none.

There’s an Altman-esque quality to his career at this stage, in that it appears working indiscriminately is enough, and if you get something decent at the end of a shoot, well that’s simply the luck of the draw. There’s a kernel of a good idea here in André Holland’s sports agent wheeling and dealing and finagling during a pro-basketball lockout, but Soderbergh and McCraney keep us so far from his doing that, there’s no intrigue, such that when the reveal of what he’s done comes, it elicits a shrug rather than applause at how clever he’s been.

Holland’s great, though, and entirely responsible for what interest the picture does garner. Nice too to see Bill Duke, and there are small roles for a beefy-looking Zachary Quinto and Kyle MacLachlan. Soderbergh employs devices such as players talking to camera about their experiences, When Harry Met Sally… style. It feels like just that, an old narrative enabler, lazily used. High Flying Bird is a scribble of a movie, a scribble that, in this case, took three weeks to get down on paper. Now it’s forgotten, lost in the Netflix pile, and its director is on to the next scribble. There’ll be another following that one presently.