Er, should we tell him there are no restrooms in the Land of the Dead? 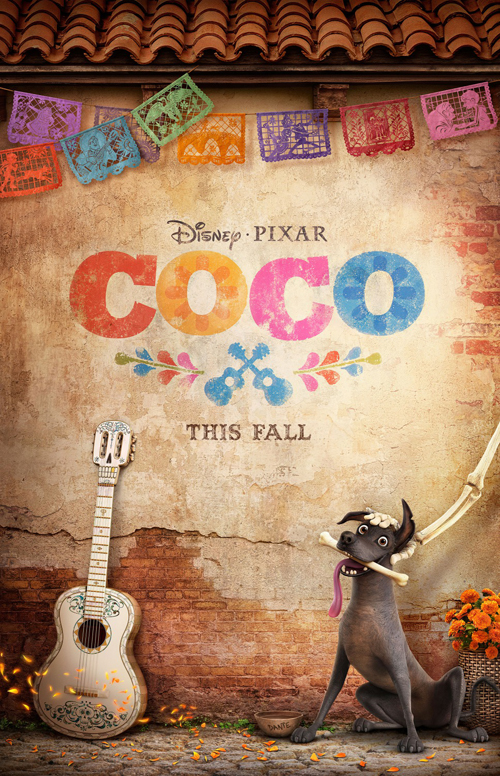 (SPOILERS) Although I knew I should Coco, it took me a while to get round to this Pixar (don’t hold your breath for Cars 3). Partly because I’ve become somewhat jaded towards the animation house’s once must-see cachet, whereby even their original offerings betray a formula that it isn’t so stratospherically superior to that of DreamWorks, who invariably suffer when it comes to comparisons. But, as with Inside Out, Pixar’s ninth Best Animated Feature Oscar winner offers the potential of an original outing that’s also somewhat risky; it’s actually nothing of the sort, as much great beyond comfort food as Casper, but it’s nevertheless as appealingly precision-engineered as only Pixar can provide.

Which sounds like damning with faint praise, but every time I hear how wowed everyone is by their latest offering (notably this and Inside Out in recent years), I find myself slightly underwhelmed, whereas, conversely, I had a pretty good time with Brave, generally regarded as slightly underwhelming. So go figure.

This tale of a music-obsessed kid who unwittingly finds himself in the afterlife – which, despite the picture’s scrupulous Mexican heritage, is about as Hollywood as an afterlife could get, being as it is all about living on through one’s memory being kept alive by others, irrespective of whether one is good or bad, deserving of punishment or praise – has an effective dramatic set up, though. Miguel wants to be a musician but it’s a strict no-no to his family of shoemakers, particularly when it comes to his unyielding, guitar-bashing grandma (it’s one of the picture’s inevitable foibles that no one in the family stays unreasonable, which obviously, is a valid and plausible lesson to take into adult life).

That conflict motors the picture through both the mortal world and afterlife sequences, although it has to be admitted that any tension offered by this unfamiliar nether realm is entirely diluted by the standard Pixar practice of turning it into a facsimile of the recognisable human world. We’ve seen this unimaginative imaginative streak with fish, bugs, cars and the workings of the mind, so why not death too? It also – and I know this movie is directed at kids, but since the studio prides itself on its rigorous approach to story, it merits comment – manages to be entirely obvious regarding the coming twist, that the famous musician won’t turn out to be Miguel’s great-great grandfather and even more that the random musician who accompanies him on his quest will be revealed as intimately linked.

The highlight for me, then, as is invariably the case with big studio animations, is the comic-relief supporting animal. In this case, devoted stray dog Dante, tongue permanently lolling out of his mouth.

Director Lee Unkrich deserves credit for this, his first originated project – he previously co-directed Toy Story 2, Monsters, Inc., Finding Nemo and steered Toy Story 3 solo – and in getting what might have been seen as too culturally niche fare past the Disney chiefs. Credit is also due for attempting to immunise the studio against full-bore critiques by enlisting a credited co-director (Adrian Molina) of Mexican descent (cynical, moi?) As it was, Pixar were only accused of cultural appropriation, which might seem like damned if you do… But let’s face it, the Mouse House would appropriate anything and everything, given the opportunity (as long as, in the process, they could slap a wholesome, family seal of approval on it).