Ew, you feed dragons to dragons? 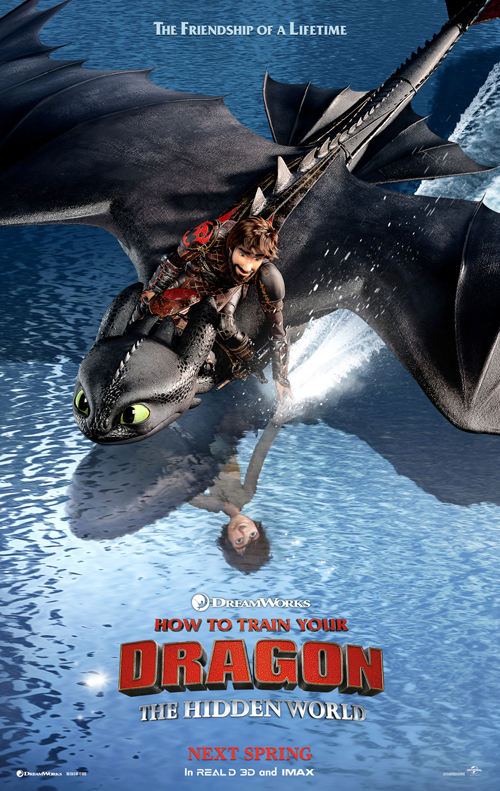 (SPOILERS) I was a big fan of How to Train Your Dragon, and rated the sequel as a cut above most repetitive, remixed follow-up fare, even if it was thoroughly embedded with second-chapter tropes. This third instalment, however, arriving half a decade after its predecessor, feels more like contractual obligation than the consequence of a real yen to tell a story. The focus on dragon Toothless ends up yielding a rather toothless story.

There isn’t much left for Hiccup (Jay Baruchel) to prove, so he’s required to make bad choices, while his mother (Cate Blanchett), previously functioning as a plot-device reveal, is entirely redundant except as a life coach. Pretty much everyone is back other than TJ Miller (post recording of his scenes; they haven’t as far as I’m aware, gone back and scrubbed him from previous instalments, so families everywhere can continue to be outraged by his involvement in the series for years to come. Or entirely not care). Some of these are wacky comedy sidekicks (Jonah Hill, Kristen Wiig, Craig Ferguson, Christopher Mintz-Plasse). Others are Kit Harington, involved because Game of Thrones (also dragons).

The star here, though, almost but not quite making the rather laborious, uninspired proceedings worthwhile, is F Murray Abraham as villain Grimmel the Grisly, out to capture Toothless, who is smitten with a lady dragon, and subjugate dragon kind. Leading to the thrust of the tale, a search for the titular Hidden World, where dragons can live in bliss for the rest of time and not be bothered by no-good, rotten humans.

Adult Hiccup isn’t an especially engaging character, as vanilla as the main story, but the comic relief is also trying too hard most of the time; Wiig’s Ruffnut carries probably the best sequence, driving Grimmel to distraction when captured (“the most annoying creature ever to cross my path”). Curiously, the coda in which dad Hiccup returns to the edge of the Hidden World boasts a bearded version apparently based on Jake Gyllenhaal, for no especially evident reason. DreamWorks Animation (now owned by Universal) has done its level best lately to strive for irrelevance in the face of Pixar and Illumination. With How to Train Your Dragon: The Hidden World capping the series, and a forthcoming slate of Trolls, Croods and Boss Baby sequels, it looks like they may well achieve that.