I think I’d rather poke you in the eye. 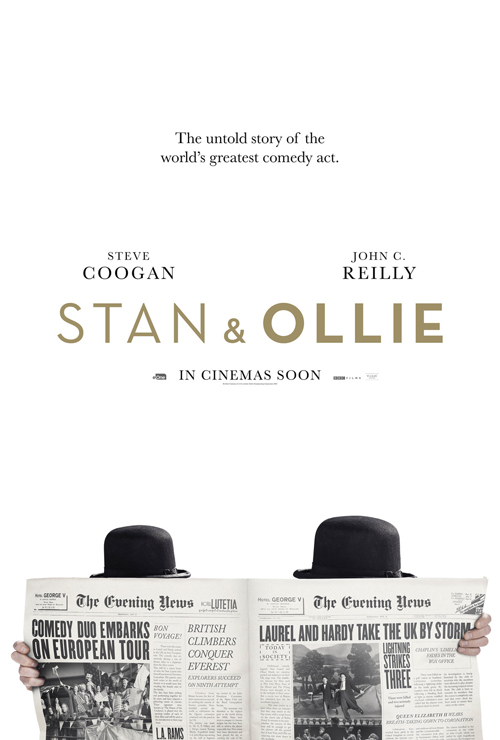 (SPOILERS) I really couldn’t get on with this one. The acclaim (including multiple BAFTA nominations) had me thinking I might have had the trailers wrong, and that Stan & Ollie was other than a slightly hackneyed, twilight-years biopic resting on the laurels – ahem – of such reflective fare. But that’s exactly what it is. Despite decent impersonations from Steve Coogan and John C Reilly, Jon S Baird’s movie is something of a predictable slog.

Following a 1937 prologue in which they fall out with Danny Houston’s Hal Roach, producer of their greatest period of success at MGM, we re-join Laurel and Hardy a decade and a half later, touring Britain to half-empty music halls and patronising remarks about how they’re “still using the same material”. They have a producer (Rufus Jones) oblivious to how best promote them and have, in the intervening period, fallen out with each other.

So the tour finds them rediscovering their connection andthe grudges they still hold, while Stan holds out desperate hopes to get funding for a comeback Robin Hood movie. Baird and writer Jeff Pope intersperse the narrative with little routines, be it a suitcase escaping down the steps of a station or arguments over booking a room, while everyone appears to be having fun recreating moments from their movies either as flashbacks or on-stage skits. But Baird doesn’t appear to be remotely inspired, ushering the proceedings along in a leaden manner, and even though Pope has wisely decided to focus on just a slice of their career, he’s unable to prevent the picture from feeling unfailingly formulaic and as tired in construction as Stan and Ollie are, at the end of their careers.

You might argue it’s all quite nice, their finally rekindling their recognition of value in each other, but the story beats along the way are themselves a tired old routine, as are the various attitudes of their respective other halves (Shirley Henderson as Lucille Hady and Nina Arianda as Ida Laurel). The biopic that does something different is a rare one, and Stan & Ollie is studious in sticking to the tried and tested path.