So does anyone have another question, not related to Hill House? 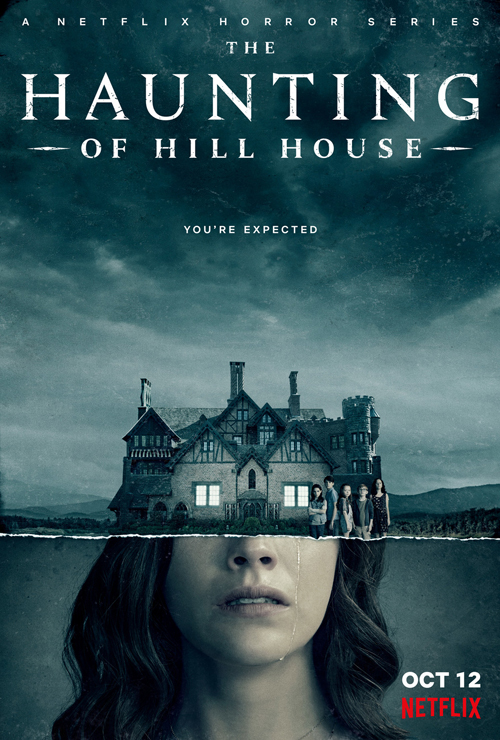 (SPOILERS) Throughout the early episodes of The Haunting of Hill House, I nursed a creeping suspicion that the horror element was really so much window dressing. Partly because Mike Flanagan’s loosest of adaptations of Jane Shirley Jackson’s 1957 novel seemed far more concerned with Lost-esque personal narrative juggling than scares – which were, let’s face it, inserted on a formula basis to keep the thing ticking over. That suspicion seemed to be confirmed with the centre-piece funeral episodes (Six and Seven), where however entwined the familial strife of the Crains was with Hill House, it was much less engrossing that the actual emotional fireworks. And then, the climactic episode served to underline the point, seemingly throwing away any notion of horror in favour of a rather sappy, jaundiced depiction of a house that will actually in some way protect the souls it eats.

To his credit, Flanagan meticulously cast his horror drama, so one thing you couldn’t accuse it of is failing to command the attention. That said, I was mindful that there wasn’t quite enough age difference between Henry Thomas and Timothy Hutton to make the recasting worthwhile (while they’re both good, it might have been more effective just to age down Hutton). But the problem Flanagan creates for himself is spending so long building the house up as an evil edifice that won’t let go of anyone within its clutches that the final turnabout of willing spirit inhabitants doesn’t sit well. It’s like The Exorcist suddenly becoming Ghost in the third act.

It also doesn’t help that he spends ten episodes getting there, which is typical of Netflix, but requires the kind of circularity of ignorance on the part of disbelieving parties that usually benefits from a more truncated movie-size format. Steven and Shirley’s rational rejection of any supernatural explanation for their early experiences eventually becomes a bit tiresome. Additionally, Flanagan ­– curiously, given his horror pedigree as the most reliable of pairs of hands – is good at creating atmosphere but less so providing payoffs.

He’s indebted to the CGI-assisted spook moment (though, to be fair, the Episode Eight car shock is outstanding), creates an Episode Five out of seeing the Game of Thrones Hodor reveal and thinking he’ll have some of that (whether or not it makes any sense), and creates huge anticipation for the Red Room that entirely fizzles in the realisation (the idea of the room itself is quite neat, but he entirely fails to make it translate). Not being familiar with his prior efforts, I did slightly wonder if all this acclaim is actually disguising this generation’s Mick Garris or Steve Miner.

Strangely, for all its luxuriant running time, I also felt elements weren’t necessarily as well explored as they should have been. Most especially the characters of Nell – nice to see original star of the Robert Wise version Russ Tamblyn as her shrink, even if he was underused – and Olivia, by virtue of their being dead pretty early on or off the bat. Nell in particular gets a miserable sodding life, but her spirit is then supposed to be at peace once reunited with mum? And the deal Hugh strikes with the Dudleys, the one that creates the mystery over what precisely happened, just comes across as weak swill (it felt like there was a whole subplot with the Dudleys missing, probably because it would have revealed too much; one of the best scenes had Robert Longstreet’s Horace Dudley recounting how Hill House had adversely affected his wife).

I’ll be interested to see what Flanagan makes of Stephen King’s Doctor Sleep; as a director, he’s assured and very much a safe pair of hands, but on this evidence, as a writer he might be best working in collaboration (notably, the final episode is credited solely to him). And as far as adaptations of The Haunting of Hill House are concerned, while this is leaps and bounds superior to Jan De Bont’s, it’s also very far from up there with Robert Wise’s.