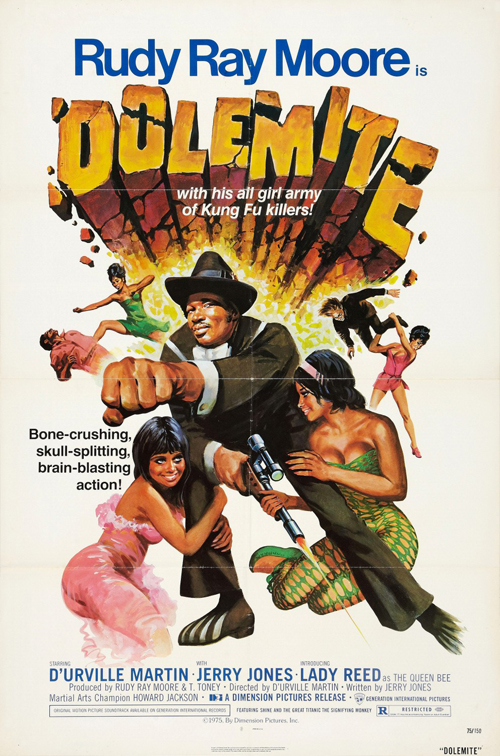 (SPOILERS) It says something about unlikely interdependencies in the digital age that Amazon Prime should suddenly offer Rudy Ray Moore’s blaxpoitation cult item off the back of the publicity engendered by Eddie Murphy’s Netflix comeback movie Dolemite Is My Name. The problem with cult items is often that they’re so attuned to time and place – and how wasted you were when first encountering them – that theirs are the most subjective of merits.

So it is with Dolemite, played simultaneously straight and tongue-in-cheek (complete with rallying cry of “I’m gonna let ‘em know that Dolemite is my name and fuckin’ up motherfuckers is my game!”), and rigorously sloppy in production values, performances and editing. The staging generally is cheerfully risible (even the freezeframes introducing characters are woefully inept) and all the more so during “fight” sequences; it’s easy to see where I’m Gonna Git You Sucka drew its inspiration.

Dolemite’s at best a casual amusement, though, too amateurishly undisciplined and loose to cohere or provide consistent laughs. And yes, I realise saying that means I may have to contend with Dolemite pullin’ his Hush Puppies out of my motherfuckin’ ass.