We’re Americans. We read your emails. 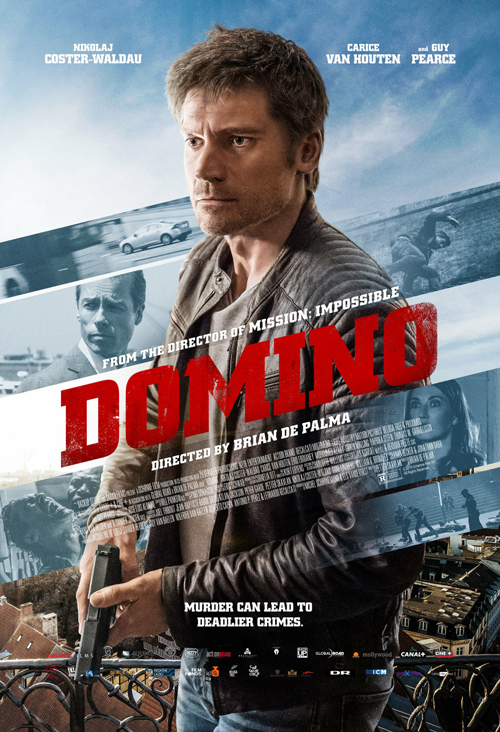 (SPOILERS) Brian De Palma essentially appears to have disowned his unhappy latest motion picture encounter (“I never experienced such a horrible movie set”). He opined that he came in on a script that wasn’t of his own devising (by Petter Skavlan of Kon-Tiki) and did his failing best to apply his unique vision to it. And you can see that vision, occasionally, but more than that you can see unaccustomed cheapness and lacklustre material that likely wouldn’t play no matter how much cash was thrown at it.

It was initially reported that the picture was taken off the director and reedited by the producers, but De Palma later said that wasn’t the case, that there was no fabled 148-minute cut. The less glamorous truth was that “I was not involved in the ADR, musical recording sessions, the final mix or the colour timing of the final print”. Certainly, you’d like to think he wouldn’t have signed off anything that frequently looks this threadbare, but Passion, his last collaboration with Almodovar cinematographer José Luis Alcaine, also often looked on the spare side.

There are moments here where you see glimmers of the old De Palma, though; a split diopter here, a split-screen (on a video monitor) suicide bombing there. He even attempts to ramp up a classic suspense sequence for the bullfight climax, which half, well, maybe a third, works, but also ends on a ludicrous impaling by drone.

I mentioned a suicide bombing, and the problems with the picture begin with its subject matter. No one seems to have learnt – even cash-strapped Danish producers, apparently – that War on Terror movies are box office poison. Worse than that, they very rarely elicit challenging or cogent material. You just can’t expect to tell such stories in any kind of classical antagonist-protagonist narrative sense and get away with it, any more than you could with Nam. Not only is no one buying it, but also to do so smacks of cynicism in a manner that essentially invalidates the project.

Here, there’s ostensibly a dodgy CIA guy (Guy Pearce, who at least appears to be providing a smidgeon of attitude) manipulating an ISIS member (Eriq Ebouaney) to do his dirty work in tracking down an ISIS big cheese. So yeah, they’ve got the de rigueur dodgy American government operative/agency element checked, but that simply isn’t enough.

Problems are compounded by Nikolaj Coster-Waldau’s Danish cop being essential at the start and the climax, while the intervening section is all about Ebouaney doing the hard graft. The former’s insufficiently integrated to the degree that you feel this should have been all about the latter’s character. There’s also a frankly ridiculous subplot whereby we’re seriously asked to believe that deceased partner Søren Malling (Borgen) was having an affair with Carice van Houten. The mind boggles; it’s little wonder Waldau thinks she must have been making it up.

It’s no surprise the reviews for this suggested De Palma was all washed up and past it. Very few directors of his generation are still putting out decent work, if they can get a movie made at all. This is only his second in a decade, and they’re both a long way from even the relative polish of the patchy previous one. His plan to make a movie based on the Weinstein scandal may be a headline grabber, but the only thing likely to get it made any sooner than Coppola’s long-vaunted Megalopolis is that it’ll be cheaper.