In your defence, it was probably the dump salad. There’s a reason it’s called that. 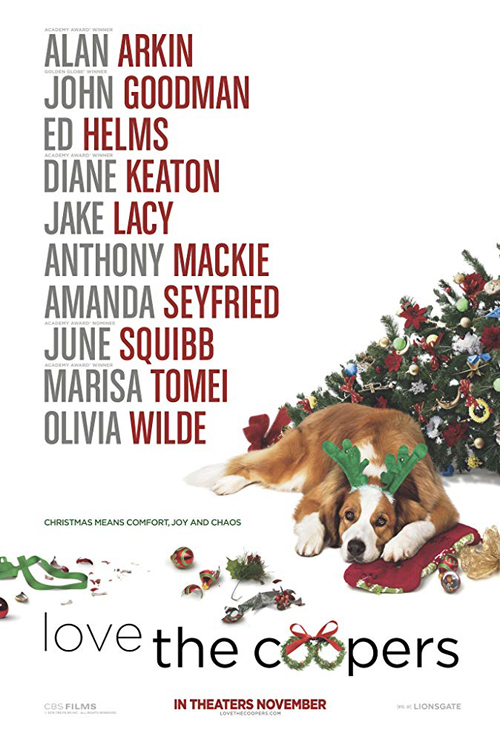 (SPOILERS) Presumably the UK title change to Christmas with the Coopers was spurred by the thought of commercial cachet, rather than the concern that Love the Coopers would elicit a response of “No, I really don’t”. Because the charms of Jessie Nelson’s Yule dog are highly resistible.

Cooper and screenwriter Steven Rogers previously collaborated on the lustrous jewel that was Stepmom. Although, to be fair to Rogers, he also penned the recent I, Tonya. Cooper meanwhile, has especially damning history with the season to be jolly via a story credit on Fred Claus. Christmas with the Coopers doesn’t, at least, supply a broad, whacky festive avalanche of Vince Vaughn, but the various strands of the gloopy “feuding family learn Christmas cheer” plot manage to muster nary a sliver of interest, while the gag reflex of Steve Martin’s treacly narration – revealed at the end to be the family’s wisely reflective St Bernard – is almost too much to bear. The latter cements the sense that Rogers and Cooper are striving for a Wes Anderson melange of quirkily interacting lives – think The Royal Tennebaums – but there isn’t an iota of Anderson’s wit or style here.

The misspent cast only underline how much of a chore Christmas with the Coopers is. What could be better than John Goodman and Diane Keaton as a married couple? You think? How about forcing Keaton to play against type as uptight and unsympathetic while Goodman repeats the mantra of how much she’s changed (with flashbacks to not so much confirm the point as wrap it in fairly lights and dangle it from the rooftops).

Alan Arkin is Keaton’s dad – they do at least stress he had her young, but twelve is surely pushing it – and kind of in love with Amanda Seyfried’s waitress, but in a sweet rather than creepy way (down to Arkin’s playing, really). Marisa Tomei gets served a really awkward and annoying plotline in which she engages in a spot of shoplifting and then offers life advice to Anthony Mackie’s closeted cop. Olivia Wilde and Jake Lacy, as Goodman and Martin’s daughter and the soldier she meets at the airport, at least have a playful spark, but the “bond then argue” cycle between them plays itself out long before they pretend they’re engaged at the family dinner.

There’s also Ed Helms as another of the children, who has perfected the unenviable art of portraying ineptly overgrown dorks, this time with an annoying nasal snort and a bad habit of concealing his jobless state. He has various children, including the ever slightly sociopathic looking Timothée Chalamet, who is granted the treat of engaging in gross-out French kissing with Molly Gordon.

This really ought to be fairly inoffensive fare, but something about its smug complacency really rubbed me up the wrong way. Christmas with the Coopers is so indulgent, Helms even gets out his guitar (but doesn’t he always?) Accordingly, it’s another for the evidence pile that it may be easy to get a Christmas comedy made, but it’s considerably less so to make a good one. 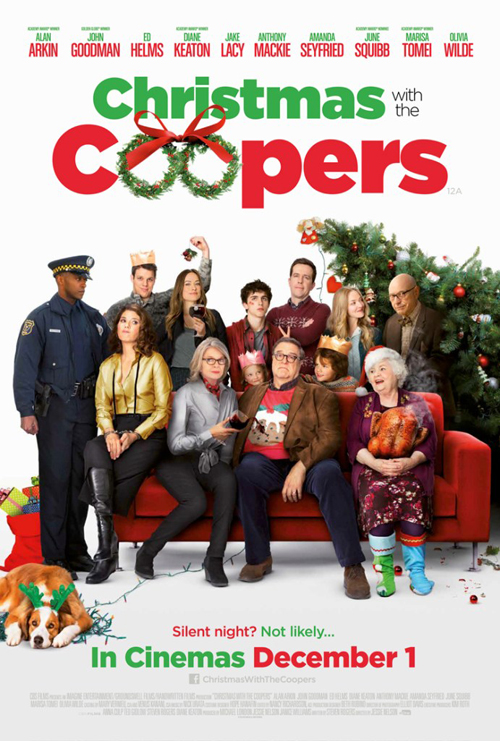