We are the dead, my darling. 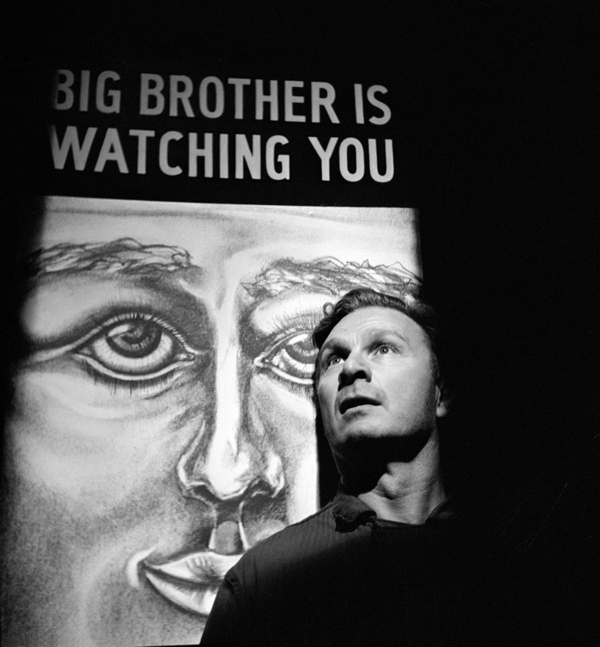 Studio One in Hollywood: 1984
(1953)
(SPOILERS) The first screen adaptation of George Orwell’s novel, extremely truncated but hitting the general points. Essentially a televised play, Paul Nickell’s production of 1984 is both rudimentary and perfunctory, while Eddie Albert, if he isn’t quite the hulking misstep that Edmund O’Brien would prove three years later, is an entirely vanilla, lightweight Winston Smith.

William Templeton would be co-credited as writer for the Michael Anderson feature, and the introductory tracts in both cases are very similar. It might seem like idle, regurgitated any-warnings and portents, but in fairness, this is because they seem overfamiliar to jaded, cynical types, rather than because they aren’t evergreen (and strikingly apposite currently). It’s just that instead of communist boogeymen vying for insurgency (the popular US reading of Orwell’s warning), now it’s our own nominal protectors and benefactors overtly squashing our freedoms.

Julia: Oh, sometimes I wish there was a telescreen in this room just so I can show those bloodless swine what a woman really looks like.

One might suggest Albert is suitably weary, but that’s about as far as it goes. Certainly, his response to the sight of a rat is fairly explosive, veering unfortunately into the comic. Norma Crane, later Golde in Fiddler on the Roof, fares better as Julia. Although, like most adaptations, she’s far from the book’s plain description (and she looks quite a picture in her dress). She also convincingly haves at Eddie’s rat.

Lorne Green makes a strong O’Brien (the best until Burton), showing the necessary steel beneath the initially benign exterior. Eddie rather goes on a bit when O’Brien invites him to toast (“To the future and the past…”), such that you can imagine Leslie Nielsen delivering the dialogue. Although, Albert isn’t that far from him anyway. Smith’s interrogation is the soul of brevity; it’s all over and he’s duly brainwashed in about two minutes (we hear, rather than see, the rats).

While this 1984 covers its bases – merciless indoctrinated kids, pervasive surveillance, the imperative of unquestioning conformity – there’s no point where it feels like it’s really digging into the material. The weird painting of Big Brother is memorable, though.