Your stories can only keep you company for so long. 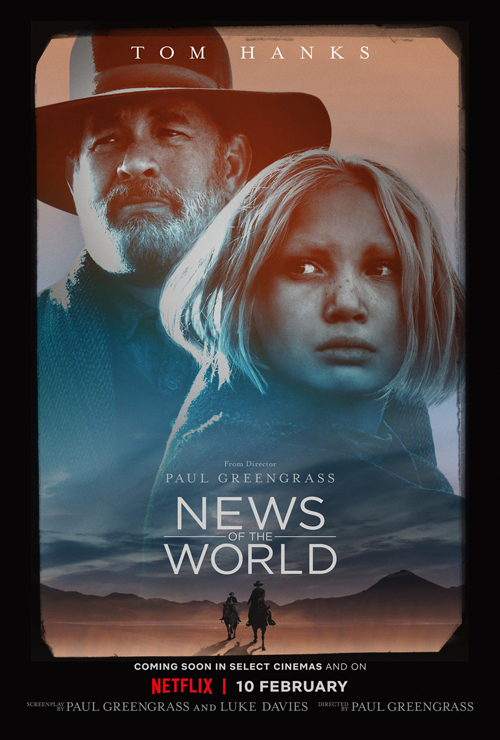 News of the World
(2020)
(SPOILERS) I’d been looking forward to this. The full, unexpurgated, salacious story of Rupert Murdoch’s Sunday tabloid dedicated to topless tarts and tasteless tattle. Given the all-star treatment. Imagine my disappointment, then, when it turned out to be nothing more than a western starring Guantanamo Hanks and feted propaganda merchant Paul Greengrass. News of the World is a rousing tale of a man who travels a lawless land spreading real news to a thirsty population. A man who, because he’s such a kind, sensitive and caring gent, takes care of and eventually adopts a poor orphan child. So exactly the kind of image the actor who previously tried to sell himself as Walt Disney and Fred Rogers would like to project.

I’ll try not to get too detoured by Hanks here – one only needs to have been aware of his fetishistic Instagram account to realise he’s a sick twist – but it’s interesting how much Captain Jefferson Kyle Kidd conforms to the all-round decent guy image he’s been so keen to curate. Kidd’s a humane, learned man, one who fought in the war but didn’t like it (see also Saving Private Ryan) and is impassioned against the spread of fake news (see also The Post). So much so, he will readily incite insurrection against the crazed local despot (Thomas Francis Murphey) who’d edict what the people can hear (an alternative reading of “spreading the word” would, of course, be dealing adrenochrome to David Spade). Further still, Kidd’s diametrically opposed to the abduction and abuse of children. He’s also haunted by loss, guaranteed to earn him sympathy credits. He’s a consummately solid fellow, in other words, which means News of the World is another opportunity for Hanks to roll out the stolid, slightly constipated performance we’ve been seeing ever since he forsook comedy.

I suspect railing against fake news wasn’t Paulette Jiles principle purpose when she wrote her 2016 novel. The title is something of a misdirection, as it turns out. While the material may be pregnant with the kind of subtext alluded to above, there’s very little in the way of recitals from Kidd. That might be because, while it’s a fascinating idea for a job/character, what exactly do you do with it? That’s likely why Jiles came up with the readily recognisable plot of a man returning an orphan to her nearest relatives (only to realise where she belongs is with him). Consequently, there’s nothing very remarkable about the proceedings, although it’s worth noting that Helena Zengel is highly accomplished in the role of ten-year-old Johanna/Cicada, the orphan girl brought up by Native Americans (Kiowa) after they killed her family.

News of the World thus lives or dies on the quality of its en-route incidents, and these are only occasionally noteworthy. The strongest is a sequence in which Kidd must defend his ward against three varmints who would turn her to prostitution; it’s Johanna’s inventive securing of makeshift ammunition that ultimately saves them. Murphy is good as the aforementioned local despot. Elizabeth Marvel is a ship who passes in the night. There’s a CGI dust storm and an encounter with Kiowa. A runaway wagon. The fate of Kidd’s other half – “I left a wife in San Antonio” – can be seen coming a mile off, as can Johanna’s unwelcoming (German) aunt and uncle, who tie her up and – worst of all – announce “There’s no time for stories”. So it’s inevitable that she should join her adoptive father in helping tell them.

There are potential predictive-programming markers here: of a world of armed checkpoints, of being stopped and searched by both the law and those making their own (“These are difficult times”). Of losing everything one has but persevering and surviving, even with news all around of disasters and epidemics (meningitis). I was in mind that this might be up to the standards of Kevin Costner classic The Postman, in which he too provides an inspiration in a lawless (post-apocalyptic – but hey, who’s to say this isn’t too, of a post-mudflood sort) land, but by delivering the mail. Alas not.

Greengrass adopts a surprisingly restrained approach, actually putting the camera down and deciding against inducing motion sickness. He’s spent the last two decades making terrorism porn of one sort or another, either crowd pleasing (the Bourne movies) or reinforcing the system’s “real” news through his particular brand of “docudramas” (United 93, 22 July). News of the World probably seemed like a change of pace, but it would be facile to assume there aren’t equal degrees of political intent (God knows how his at-one-point-mooted Treasure Island would have turned out). After all, if we see Captain Kidd as a stand in for the director, then we have a man instructing a rapt audience to believe exactly what he tells them, unquestioningly. Because he is trustworthy and honest and true. 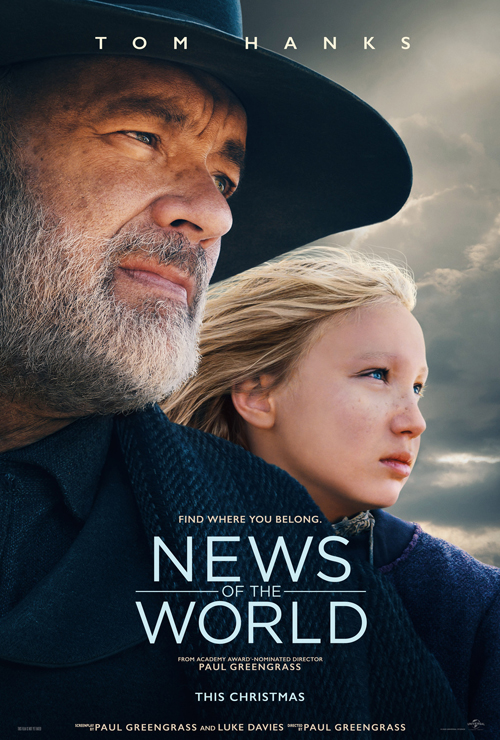