I'd hold your hair back, but I can't find my arms. 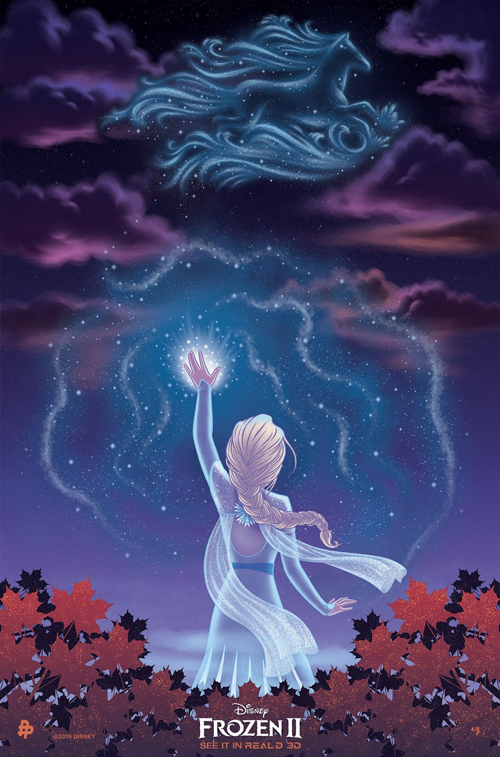 Frozen II
(2019)
(SPOILERS) I watch this and I get Shrek 2 syndrome. You know, the way a movie that makes heaps more off the back of the first one leaves a lingering, underwhelming feeling of why exactly was it necessary? Frozen II is the classic wrong move that comes from fashioning a perfect – well, relatively – one-off and bean counting that another one would be not only be creatively valid, but also essential.

Directors Chris Buck and Jennifer Lee were right to be reticent of demands for a follow-up to Disney’s 2013 mega hit. Even Bob Iger – who did such a fine job snapping up Lucasfilm and then not such a fine one letting Kathleen Kennedy loose all over it – was sounding laudable notes along the lines of refraining from demanding a sequel or doing anything to “force storytelling”. You know, the same guy milking moribund live-action remakes of Disney classics and overseeing Pixar churning out forced-storytelling sequels to their favourites. This resolve only lasted until 2015, doubtless due to shareholder grunts and moans. And lo, four years later Buck and Lee birthed… well, I don’t know what kind of story they thought they were telling.

Now, it’s always possible Klaus Schwab at the World Economic Forum sat on the team breaking the plot, given that it relies crucially on Queen Else (Idina Menzel) and Princess Anna (Kristen Bell) giving up their kingdom – because they’ll be happy, and have nothing, right? – in order to, um, bring peace between warring tribes? Klaus as an elemental spirit? I’m sure that’s what he’d like you to think, as the nanoparticles course through your veins. Alas, he wasn’t there for final decision, in which – no sacrifices necessary – Anna manages to have her cake and Elsa eats it, the latter diverting the flood path when a dam (I know, this is a key plot point) is breached, so avoiding the decimation of the kingdom. Which is odd, as it would have set up Part III quite nicely.

Instead, I presume the trilogy capper will revolve around (yawn) the wedding of Anna and Kristoff (Jonathan Groff). And maybe giving Elsa a beau? It seems Lee – reluctantly, I have to assume she was being deadly serious – in considering a boyfriend for Frozen II, put the character through “intense Myers-Briggs personality tests”; she came out negative. I mean, that’s definitely the way to make creative decisions, don’t you think?

Also of note in respect of outré thematic or plot points, we have Olaf the Snowman discussing the memory of water, which then becomes important at the end of the movie. Rock Giants appear too, not very far from the Nephilim of Darren Aronofsky’s Noah, blending in with rock formations until they decide to up and move about.

Much of the plot also rests on the requirement for later generations to atone for the sins of their ancestors facing up to their (very white) inherited guilt. Very topical. And delivered via great blocks of unwieldy and frankly banal exposition. This isn’t helped any by a series of unmemorable tunes that Menzel, however good her pipes undoubtedly are, cannot save. They’re also largely awkwardly encumbered upon the plot, rarely feeling appropriately timed or earned. That said, Sven provides engaging accompaniment to power ballad parody “video” for Get This Right. And I enjoyed Gad’s Lost in the Woods, as far as it went (there’s much opportunity for weirdness in the Enchanted Forest, but it’s rather reined in).

As before, Gad is the highlight of the movie as Olaf the Snowman. I’ll warrant it’s rare you can claim him as the highlight of anything. The dramatic tension between Anna and Elsa has obviously dissipated now, but it has been replaced by… Well, Anna is an inveterate fusser, constantly cautioning her sister. Which gets old pretty fast. And Elsa is the rather boring heroine with a noble purpose. Which does less so but also. Frozen II probably guarantees a Frozen III, but this is textbook brand dilution.