I campaigned for gun control. 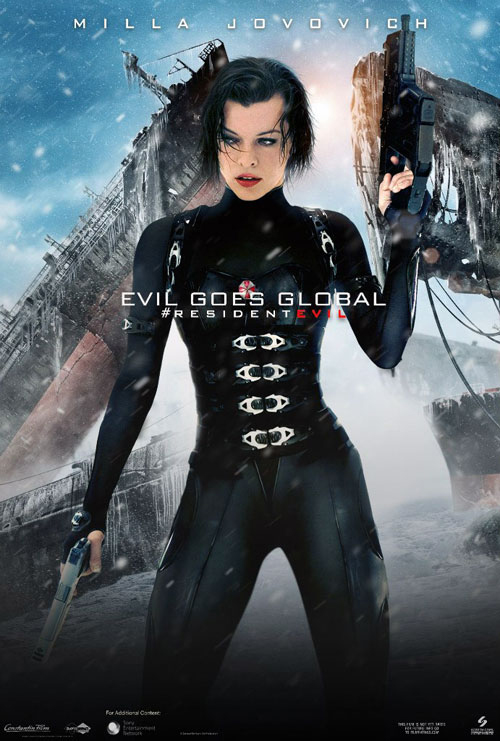 Resident Evil: Retribution
(2012)
(SPOILERS) Something of an uptick in quality, although let’s not get too carried away here. Paul WS Anderson’s 3D fixation lends itself to action sequences that are less unspooled by the unflattering starkness of the 2D version this time, and thus a more coherent picture overall, but much of Resident Evil: Retribution seems to rely on the baffling premise that you’ll be nostalgic for former franchise character “favourites”. You know, the ones who had no character to speak of in the first place.

Now, you might lay a similar charge at the Fast & Furious series, but that one at least has – at its best – a knockabout buoyancy and brio, and a sense of humour. Whatever Milla Jovovich’s merits, and aside from comportment, I’m struggling here, charisma isn’t among them. On board returnees are Michelle Rodriguez (see also F&F, but snarling a lot in this one), Sienna Guillory (possessed, accounting for her different hair colour), Colin Salmon and Oded Fehr, along with recent returnees Borisk Kodjoe and Shawn Roberts. Li Bingbing guests in an attempt to snag Chinese dollars (it made no difference) and Kevin Durand has a spot to remind you that actors with natural personality are in short supply in this series.

Retribution is often passably engaging due to the specific genre appropriations involved, most of which relate to Alice finding herself in sim Racoon City. The opening is evidently nodding to Zack Snyder’s Dawn of the Dead remake, as a married suburbanite Alice (to Fehr’s Carlos) attempts to rescue her child (a programmed clone) from the zombie hoard. On the way through various simulations – Tokyo, Moscow – she encounters assorted cloned characters from the previous movies in new or familiar roles and attempts to escape the Umbrella facility, underwater in Kamchatka.

Wesker is no longer in control of Umbrella, with the Red Queen calling the shots, and he delivers a ream of exposition as if he’s vying for exhausting attention with The Matrix Reloaded’s Architect. Some of this might attest to predictive programming, what with its promotion of simulated T-virus outbreaks in various cities in order to induce a biological arms race. Albeit more predictive programming in the sense of how they want you to think, rather than serving truth bombs beneath it all (some interesting poster lines here: “Evil Goes Global”; “Think Global. Kill Local”).

There’s a whole lot of emphasis on clones and fake realities – fake people and fake environments – along with giant brain monsters (lickers, it says here), but once the picture has forsaken the virtual, it reverts largely to bland shooting in the ice and wet and Alice going all Ripley in Aliens to rescue her clone child. The picture concludes with some really ropey CG – I’m sure it was amazeballs in 3D – as Alice has her super-mojo returned – like it had ever discernibly gone away – and the heroes assemble on the White House roof. I mean… Yikes.

Resident Evil: Retribution has one arresting conceit, namely an opening credits sequence in reverse action of the Arcadia being destroyed, which Anderson then plays back normally. Perhaps Jimbo should have got him to direct Terminator: Dark Fate, since he considers the first Resident Evil a guilty pleasure. Or maybe he only said that because Anderson had climbed aboard with his beloved 3D? Either way, PWSA couldn’t have done a worse job than Tim Miller. 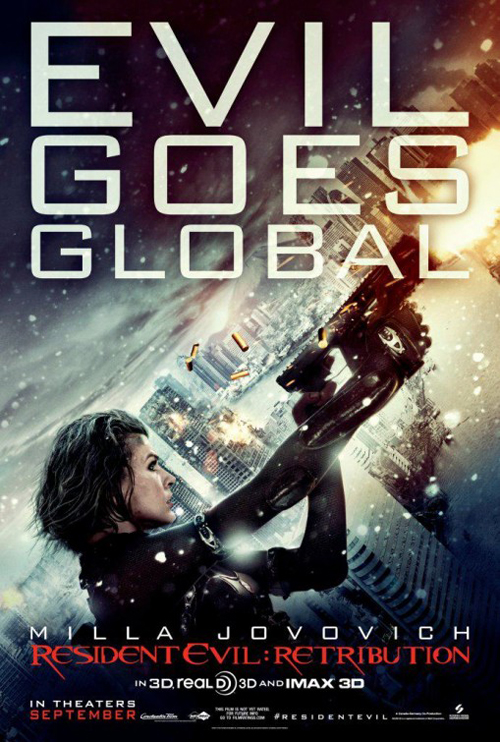 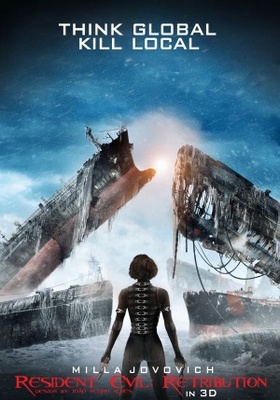 August 14, 2021
Vampires aka John Carpenter’s Vampires (1998) (SPOILERS) John Carpenter limps less-than-boldly onward, his desiccated cadaver no longer attentive to the filmic basics of quality, taste, discernment, rhyme or reason. Apparently, he made his pre-penultimate picture to see if his enthusiasm for the process truly had drained away, and he only went and discovered he really enjoyed himself. It doesn’t show. Vampires is as flat, lifeless, shoddily shot, framed and edited as the majority of his ’90s output, only with a repellent veneer of macho bombast spread on top to boot.
Post a Comment
Read more

Maybe I’m a heel who hates guys who hate heels.

September 08, 2021
Crimewave (1985) (SPOILERS) A movie’s makers’ disowning it doesn’t necessarily mean there’s nothing of worth therein, just that they don’t find anything of worth in it. Or the whole process of making it too painful to contemplate. Sam Raimi’s had a few of those, experiencing traumas with Darkman a few years after Crimewave . But I, blissfully unaware of such issues, was bowled over by it when I caught it a few years after its release (I’d hazard it was BBC2’s American Wave 2 season in 1988). This was my first Sam Raimi movie, and I was instantly a fan of whoever it was managed to translate the energy and visual acumen of a cartoon to the realm of live action. The picture is not without its problems – and at least some of them directly correspond to why it’s so rueful for Raimi – but that initial flair I recognised still lifts it.
Post a Comment
Read more