I ingest you, I gain control. 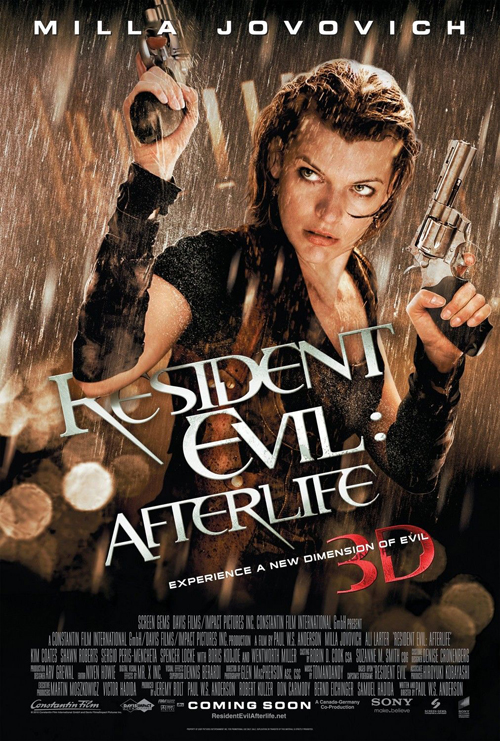 Resident Evil: Afterlife
(2010)
(SPOILERS) Resident Evil: Afterlife’s box office would be mystifying, were it not for the genie of 3D bolstering its business. Something that – thanks mostly to Avatar – had many grateful adherents circa 2010 who might otherwise have floundered dreadfully (Clash of the Titans, Alice in Wonderland). It made more than double Extinction’s gross worldwide, which might have been well and good had it incrementally improved on that movie’s significant uptick in the franchise’s quality. Instead, it feels like a bargain-basement idea (stick the protagonists in a prison for most of the duration) and one that is pervasively “You had to be there” in terms of the 3D-attuned visuals (unless, of course, you have a 3D telly).

Because, while it the 2D reality isn’t quite as unflattering as some of those really bad effects you’d find in 80s 3D movies (Jaws 3D for example), there’s no degree of seamlessness in writer-director-producer Paul WS Anderson’s approach, so evidently is it tailored for x-ray specs. The results unforgivingly leave you

bewildered by the sluggishly paced action, and cameras held on money shots that never materialise as remotely impressive. The actual spatial relations of the action are fine, pretty good even, but it simply doesn’t work in 2D. Anderson has also gone Matrix-lite in costuming a decade too late, (and even more so in Retribution), eliciting a sense of déjà vu when it comes to wire-fu.

With all that emphasis on presentation, where does that position this fourth instalment? An opening with multiple Alice clones (“Hey boys. Is that any way to treat a lady?”) is quickly disposed of when she/they loses her mojo through pernicious use of anti-virus software. Albeit, bereft of powers, if anything, she seems even more ludicrously unbeatable. The big villain is Weskler, moving centre stage, but much more lunkish and less engaging performed by Shawn Roberts than predecessor Jason O’Mara. Kim Coates delivers patented and rather redundant sleaze (“Back in the world he was a big movie producer”) while Wentworth Miller comes on promising Hannibal Lector vs the zombies but turns out to be same old Prison Break Miller – as the games’ Chris Redfield – and appears in a prison presumably as a gesture/reference to his best-known role. The movie brings back Claire and, in the credits scene, Jill Valentine, but since there’s zero personality involved in this procession of familiar characters, you should be hard pressed to care. The ground-zero Japanese patient zero is more memorable.

Afterlife offers the riff of a fabled Arcadia as a dream haven from the apocalypse, so from a rather personality-free prison they move to a rather personality-free ship, which turns out to be chock full of Umbrella test subjects. There’s much in the way of CGI split mouths of the games’ “Majini” (it says here), which is appropriate as it looks like a game effect but is doubtless originally a homage to The Thing. There are also scarab-esque transhumanist control devices that attach themselves to the chests of victims, but Anderson offers zero thematic resonance to any such ingredients.

Resident Evil: Afterlife isn’t actively awful. It doesn’t especially aggravate through being aesthetically offensive. But it’s bland and empty headed, the visuals unable to fill anything of the void it has created. This “second trilogy” (if you will) kicks off as it means to go on, and if it doesn’t plumb the depths of Apocalypse, it offers no kind of reinvention. 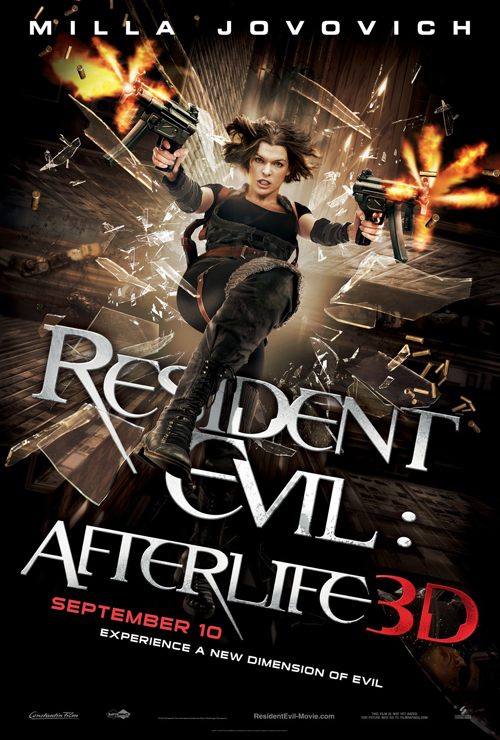