I don’t believe in phantoms sobbing through the night. 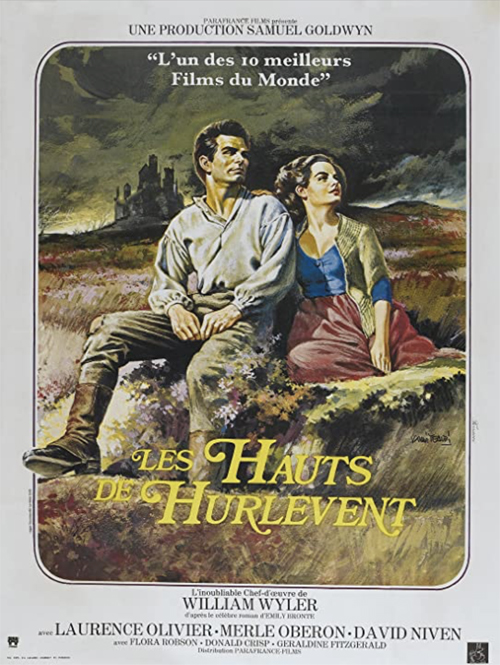 Wuthering Heights
(1939)
(SPOILERS) This is the version that inspired Kate to ascend those lofty pop peaks. Charles MacArthur and Ben Hecht (and an uncredited John Huston) ditch the generational plotting of Emily Bronte’s 1847 novel, and director William Wyler, in partnership with cinematographer Gregg Toland, ups the gothic atmosphere. But Wuthering Heights is all about Sir Larry, glowering with sociopathic venom.

Olivier credited Wyler – earning his second nomination – for tutoring him the hard way in the craft of the movie performance over the stage one (Larry admitted to having been full of hot air and condescension, the Wuthering Heights experience bringing him down to earth with a bump). The result was his first Best Actor nomination.

No one much loved the Wyler working experience, by the sound of it. David Niven – variously reported as having a “no-crying” clause he waved under the director’s nose and being plied with a menthol mist that elicited green goo from his nose rather than the elusive desired sobbing – had previously worked with Wyler on Dodsworth. He soon rued the reunion, subjected as he was to tens of takes for each scene. Also on the fraught front, Olivier (as Heathcliff) didn’t much like Merle Oberon (as Cathy) by the sound of it, resenting her getting the role over Vivien Leigh.

If anything, Oberon, under contract with Goldwyn, is the production’s chief weak link, failing to sufficiently inhabit or exude Cathy’s spiritedness. Consequently, it’s much easier to invest in the plight of poor Isabella Linton (Geraldine Fitzgerald), hoodwinking herself into falling for the manipulative Heathcliff, who is only out to inspire Cathy’s jealousy and get his own back for her marriage to Edgar Linton (Niven). There’s an awful lot of abuse hurled Heathcliff’s way during the picture’s first half, of the “You gypsy beggar!” variety, such that we really are right behind him feeling aggrieved. The increasingly pickled Hindley (Hugh Williams) is an especially staunch Heathcliff critic, but at various points pretty much everyone involved uses derogatory epithets. Such sympathy is quickly out the door when Heathcliff, rich and returned to the moor, starts behaving as callously as possible,

In tandem with this, Wyler makes Wuthering Heights a particularly dour and humourless affair. Even Niven has no opportunity to lighten the proceedings, with Edgar disapproving of Heathcliff, forbidding his sister to consort with him and grovelling at Cathy’s feet. Heathcliff is granted the occasional blackly comic line; when Hindley urges Isabella to kill her husband, Heathcliff enters with a “Well, that’s the first lucid talk I’ve heard out of Hindley for weeks. It’s not very Christian talk, but at least it makes sense”.

I can’t say I find the as-bad-as-each-other lovers, doing each other and those around them ill, thrust of Bronte’s novel that compelling (“Ellen, I am Heathcliff” realises Cathy at one point), but as long as there are plot intrigues to be mined, the picture remains reasonably engrossing. The tit-for-tat nature of the central relationship ultimately fails to stir strong emotions, however, which means those on the peripheries provoke more sympathy. The “happy ending”, as Heathcliff and Cathy’s spirits head off up the moor together, is particularly unearned by that measure.

Interesting to hear Leo G Carroll, best known his cultured establishment bastions in Hitchcock movies, doing a solid Yorkshire accent. Notable too that the younger versions of the leads are undiluted Americans. Goldwyn reputedly considered it the best of his films (and his film, rather than Wyler’s), so he must have been gleaning something very different from the picture to me. Something with acres of wrought overemphasis.

Because the melodrama here is ratchetted up to eleven. Accordingly, the biggest encumbrance, far from uncommon in classic Hollywood, is that Alfred Newman’s score is constantly overbearing, laying it on thick in every scene and consequently rather suffocating the proceedings. The positives of Wuthering Heights are part and parcel of such an approach however. Wyler and Toland imbue it with bags of atmosphere, and the black and white cinematography – earning Toland the sole win of the film’s eight Oscar nominations including Best Picture – is particularly vivid and vibrant. It may not be everyone’s cup of tea, but I’d rather sit with this version than Andrea Arnold’s lo-fi 2011 take. 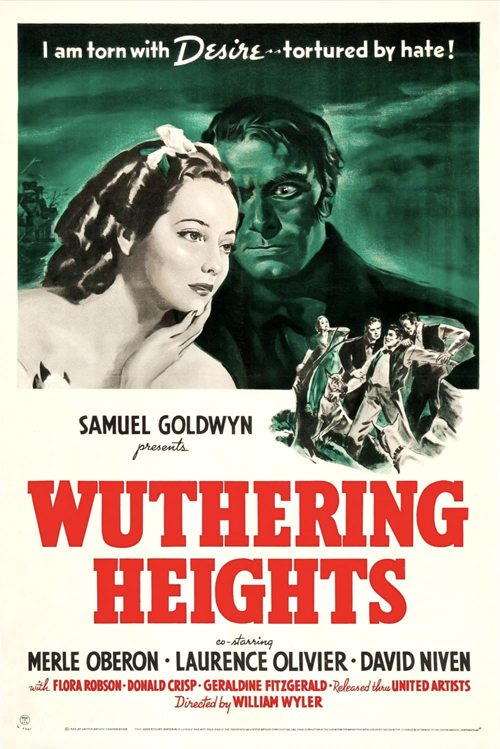 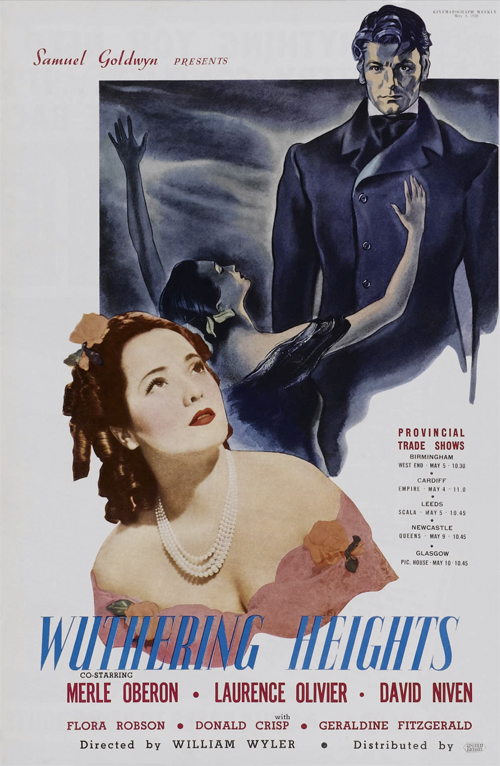 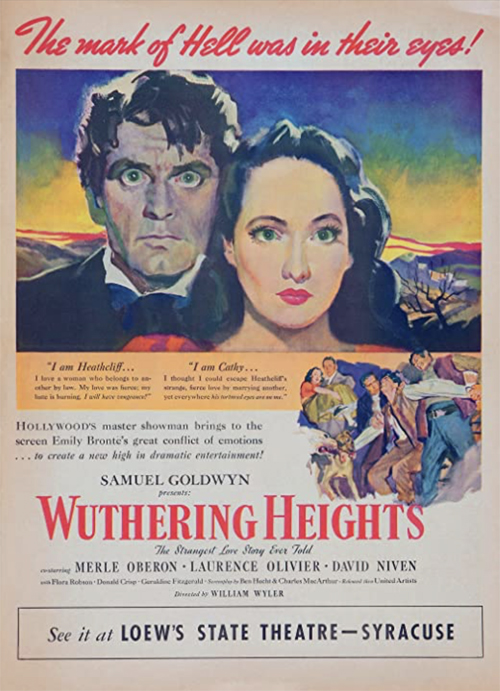