I don’t see that being silly and Christmas go together. 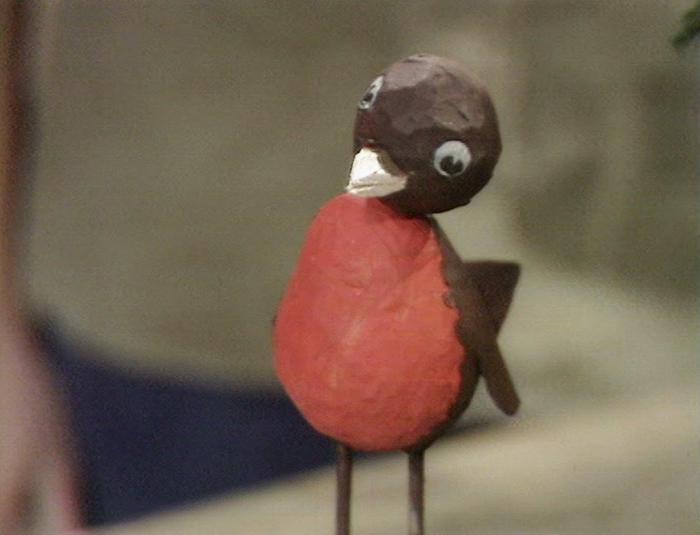 The Good Life
Silly, But It’s Fun….
There’s some Christmas fare that simply doesn’t get old, no matter how many times you revisit it. The Good Life Christmas Special is one such. Perhaps it wouldn’t melt so-called Vyvyan’s heart (“Bloody, bloody, bloody…”), but then again: “Felicity Kendall’s bottom”. The Good Life ripples with affection for its characters, with gentle swipes at snobbery and avarice, but also hubris, and it’s laced with the kind of inoffensive innuendo and playful flirtation that’s a rare and delicate art. And, as if it needs saying, you couldn’t make anything like this now.

After all, Tom Good, in his own cosy, middle-class, “so bloody nice” Joneses-bucking way, is a borderline anti-establishment figure, even anarchist (Richard Briers famously considered his character to be a very selfish man with “a parasitical side to his nature”). What would Tom Good make of a plandemic, with his off-grid approach to suburbia? I somehow doubt he’d be first in line for his shots. He’d surely be up in arms at the prospect of being bombarded with 5G. And Margot would absolutely refuse him entry to her house until he’d proved he’d taken three LFTs a day.

Briers is kind of wrong about Tom, anyway. Because, for all his stubbornness and contradictory willingness to rely on his neighbours in a tight spot, he’s essentially a good-natured (“so bloody nice”) egg with very relatable concerns and foibles, and more than that, the genuine affection Barbara has for him rubs off on the audience. If Felicity Kendall – 1970s Felicity Kendall, mind – loves you, despite it all, you must be doing something right.

Margot Leadbetter (Penelope Keith) is, of course, a dreadful snob, but as this episode shows very clearly, really, she’s an awkward duckling who just wants to be loved and appreciated as part of the gang. And husband Jerry (Paul Eddington) is the epitome of the long-suffering husband who just wants five minutes peace and quiet – from everything. Eddington and Keith may have gone to greater fame in more signature series the following decade, but these are surely their most likeable roles.

Silly, But It’s Fun…. was the penultimate The Good Life episode (the last being the Royal Command Performance), following four full seasons, yet it doesn’t feel remotely like a series running out of steam. On the other hand, it evidently knew to quit while it was ahead, and as The Young Ones suggested, it would have been an increasingly anomaly against the landscape of the 1980s.

Broadcast on Boxing Day 1977, Silly, But It’s Fun…. was watched by a whopping 21 million viewers (the BBC’s lucky to get that in a week now). All the prized, classic moments are here: the Goods’ Christmas Tree (a bit that broke off the top of one); Margot’s very chummy tradesman, with a special message for Barbara (“Your eyes. They’re the kind of eyes a man could kill for. They’re of a deeply sexual nature. Merry Christmas”); Margot and Jerry left with no provisions due to Margot’s “high dudgeon” (Jerry “gets” the chicken pox in response to resulting social dilemmas); Tom’s crackers (“Clean?”); peapod burgundy, of course.

Most surprising is the realisation that the best part – the infectious fun the quartet has on Christmas Day – takes up little more than ten minutes of the episode. Margot and the Daily Mirror party hat. The “oo-ah bird” joke (which is, undoubtedly, all about the response). The balloon game, where Eddington is evidently aware how risqué Kendall’s manoeuvre is, if no one else is. As for Tom and Barbara’s Christmas gift, I did wonder if it was a cow or a bull. If not, like Margot’s tree, they’ll have to send it back. 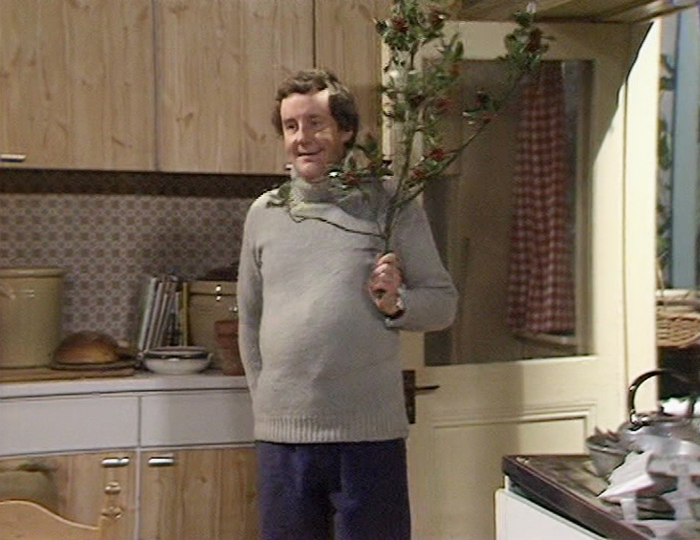 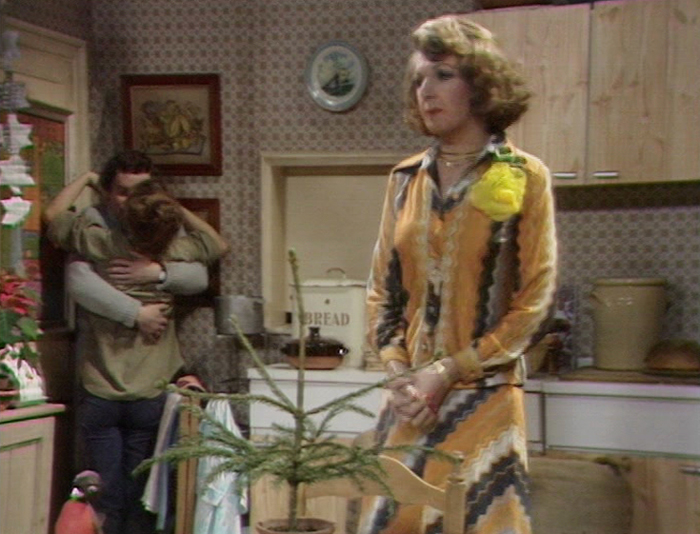 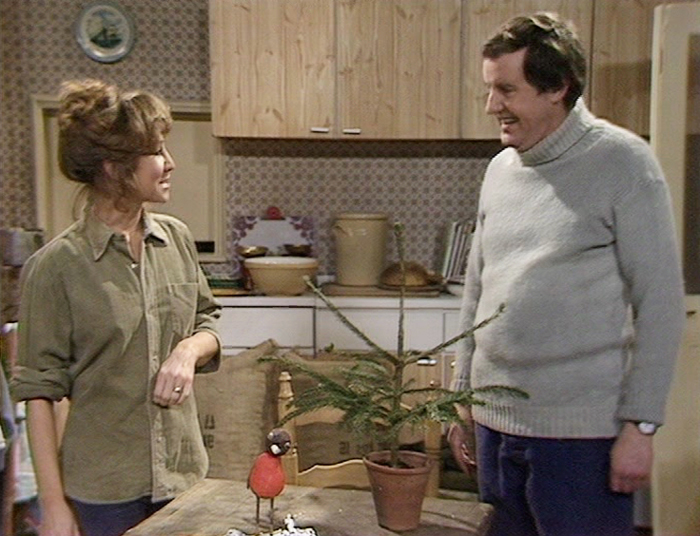 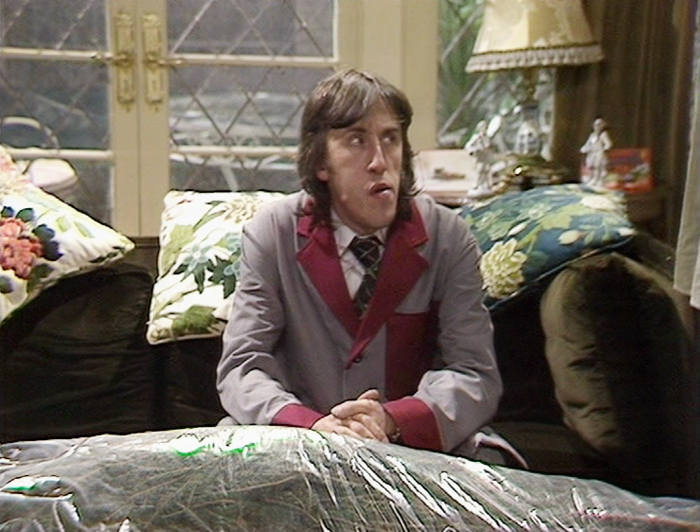 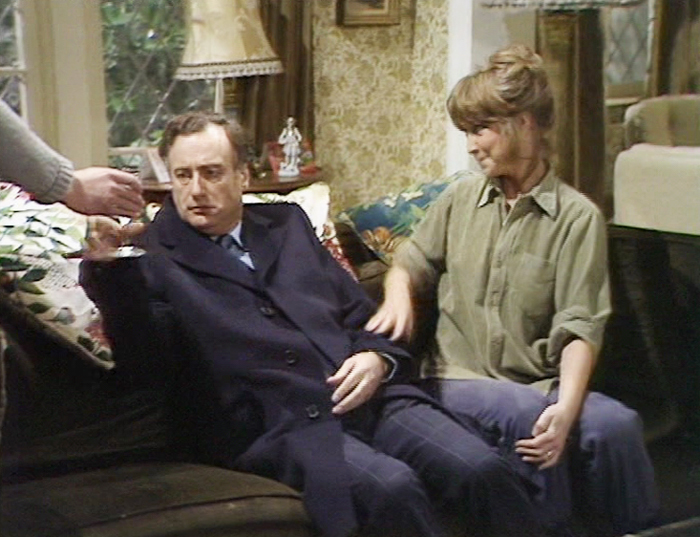 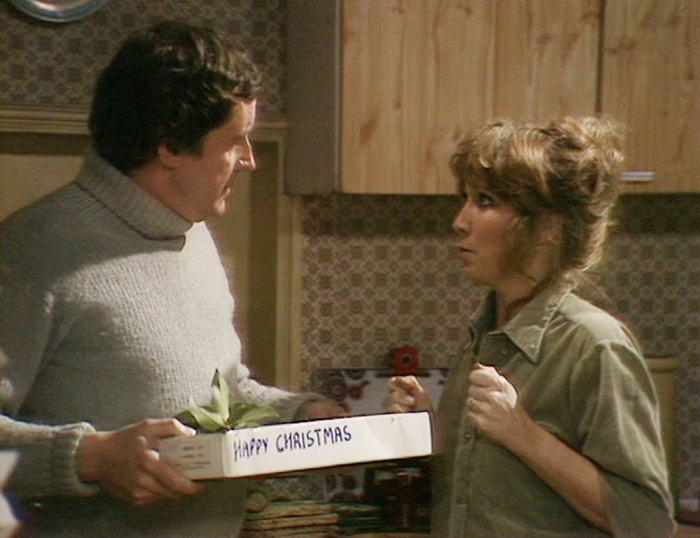 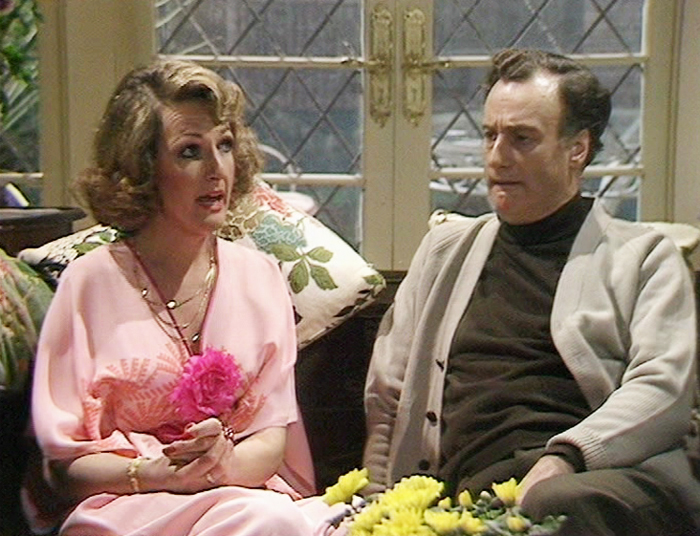 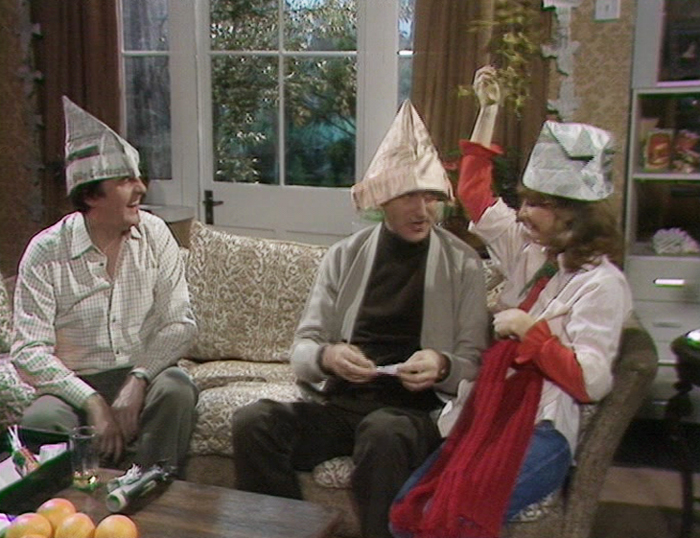 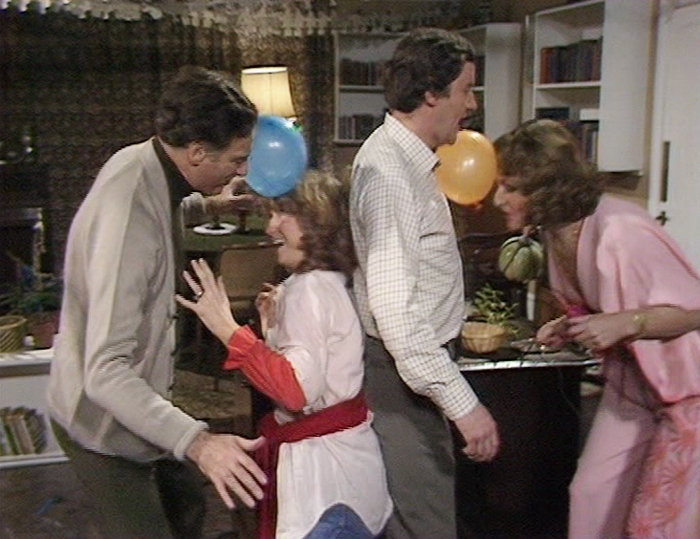 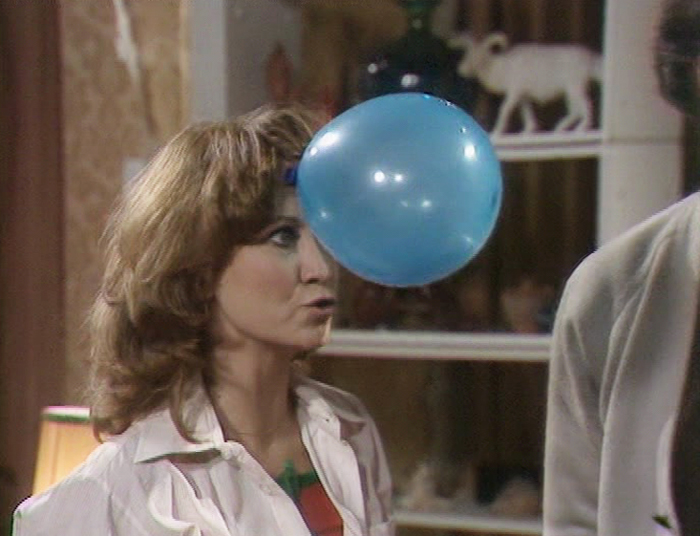 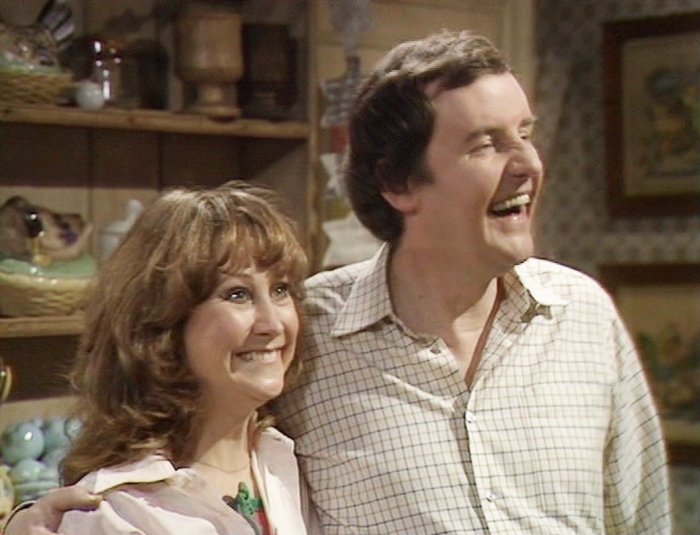