You certainly know how to put a man in his planet. 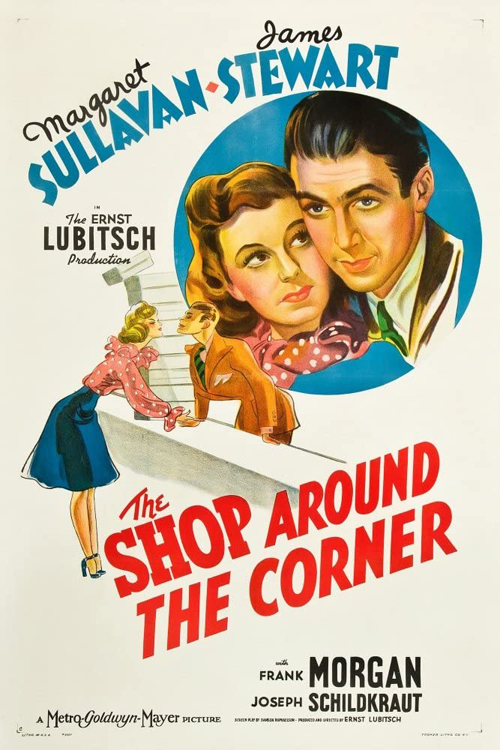 The Shop Around the Corner
(1940)
(SPOILERS) Utterly charming Ernst Lubitsch movie. Although, I do find it difficult – nay, nigh-on impossible – to countenance the idea that it’s supposed to be set in Budapest, and that Jimmy Stewart is Hungarian. Obviously, remake You’ve Got Mail with Meg Ryan and Guantanamo Hanks has now eclipsed this picture, but The Shop Around the Corner is superior in almost every respect, and isn’t trying too hard to please in the way Nora Ephron was prone. Of course, it’s also another Christmas movie where the rich man makes bank (and that’s a good thing). But this is Hollywood. Hollywood, Budapest.

The high-concept premise is the key, and while there was no reason Miklós Lázló’s 1937 play Pargumerie/Illatzertár couldn’t have been retooled for America, there effect is of an agreeably any-place America tilt. David Thomson described The Shop Around the Corner thus: “a love story about a couple too much in love with love to fall tidily into one another’s arms”. But the real stroke of inspiration is the manoeuvre whereby Alfred Kralik (Stewart) and Klara Novak (Margaret Sullavan), employees of the same leather-goods shop and frequently at loggerheads, are oblivious that the other is the wonderful, insightful, poetic spirit with whom they are corresponding.

In tandem with this an altogether darker plotline, whereby their boss Hugo Matuschek (Frank Morgan) – the shop being Matuschek and Company – discovers his wife is having an affair. He believes the cuckoo to be Kralik, when really, it’s unctuous co-worker Ferencz Vadas (Joseph Schildkraut). Matuschek attempts to blow his own brains out, prevented by errand boy Pepi (William Tracy, with the most Noo-Yawk Hungarian you ever did hear).

Charmingly, Matuschek’s recovery is aided by the newly re-hired Alfred (Matuschek had fired him) ensuring the shop’s Yuletide performance represents its biggest day of business since 1928 (again, we think of America, pre-Crash). The best Christmas present you could give him is lots and lots of lovely money! He does, however, invite new errand boy Rudy (Charles Smith), all-alone over the holiday, to a slap-up Christmas meal, so he probably does deserve all that wealth.

We, the audience, can see the reveal of Klara and Alfred as each other’s pen pal coming a mile off, of course, but it’s Alfred who realises sooner, leading to some amusing exchanges during the would-be dinner date they are supposed to be attending. This may not be wholly fair in the sympathy stakes, but Klara is doing her very best to maintain a superior tone with the not quite as difficult Alfred, so there’s a feeling she has the back foot coming. It’s unclear later, though, why she should have thought the music box that forms one of the picture’s early comic set pieces would then make a genuine quality gift for anyone, given her familiarity with the con-arguments to having one.

I’m admittedly not so familiar with Sullavan’s work, but by all accounts, she was a formidable presence on set (and one who largely opted out of movies a few years later in favour of stage work). It’s easy to see why she and Stewart worked together four times, though, as they have persuasive screen chemistry; you want to see them together in spite of themselves.

So what has all this got to do with The Shining? I have no idea why the Overlook Hotel’s most haunted room should be the same number as Klara’s PO Box – 237 – but you can bet Kubrick knew about it. The Shop Around the Corner is a Christmas movie, of course, as I may have mentioned, and it boasts some highly appropriate, mood-setting flurrying snow in its urban centre.

Pauline Kael called it “Close to perfection – one of the most beautifully acted and paced romantic comedies ever made in this country” and it’s difficult to argue with the skilful telling, playing and direction. The Shop Around the Corner is certainly vastly more charming than the one with Tom and Meg. 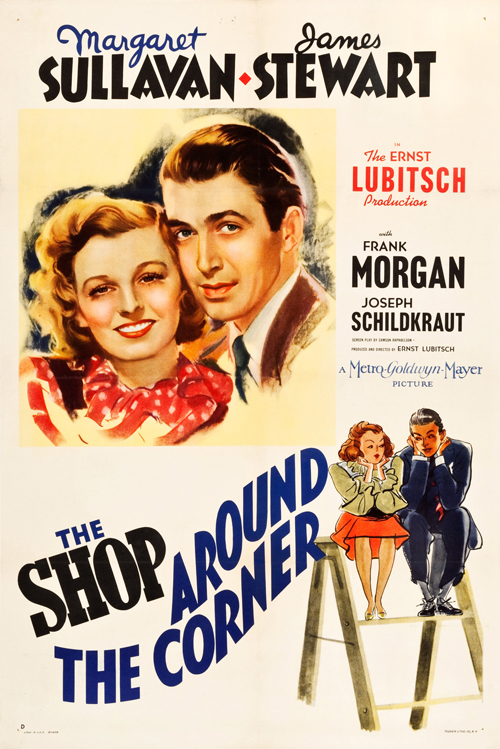