I’m not being rude. I made lobster bisque. 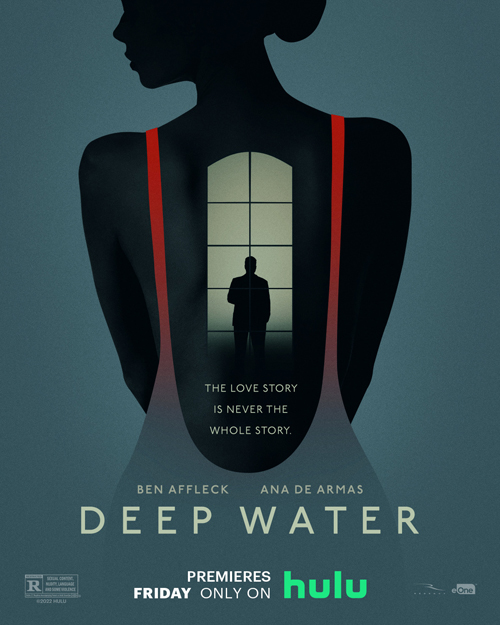 Deep Water
(2022)
(SPOILERS) Adrian Lyne’s belated return to cinema is par for the course with his erratic directorial resumé. His last film was two decades ago; now an octogenarian, Lyne’s industry standing was undoubtedly damaged by the crashing and burning of an ill-advised and costly Lolita remake. Obviously, his principle rep has been in the erotic thriller/drama genre – varyingly including 9½ Weeks, Fatal Attraction, Indecent Proposal and Unfaithful – and this Patricia Highsmith adaptation very loosely conforms to that template. Rumours circulated that Deep Water was unreleasable, such that it was being dumped on Hulu/Amazon Prime as a means of avoiding the humiliation of an outright bomb. Really, though, it’s no better or worse than any given example from the genre’s ’90s heyday, despite the inevitable critical mauling it has received.

Deep Water doesn’t necessarily make life easy for itself, however. There’s been no shortage of Highsmith adaptations over the years, and they’ve run the gamut in quality, from the mastery of Strangers on a Train to the mystifying popularity of The Untalented Mr. Ripley. Here, the plot is reasonably faithful to the source material, which can be a problem, as suspension of disbelief on the page doesn’t necessarily translate to the screen. Consequently, Deep Water is enjoyably daft hokum for the most part, even if its second hour devolves into the kind of standard-issue plot devices the first appeared to be having a lot of fun undercutting.

Perhaps that’s partly down to a case of mistaken perception on my part. It comes as a genuine disappointment to discover Vic Van Allen (Ben Affleck) was only joking with duh-bro Joel Dash (Brendan C Miller) about killing Malcolm McRae, the last guy who had an affair with wife Melinda (Ana de Armas). Prior to this, such unruffled, upfront bravado represented a highly appealing counterpoint to the awful people his floozy of a missus and her wretched menfolk are (he’s arguably as much to blame for standing for her behaviour, mind; his rationale appears to be that it’s worth it, as “We have a child. We have a family”; “That was your choice” she retorts, further sinking any chances she has of sympathy). It’s small compensation when Vic discovers he does have a penchant for bumping off her liaisons.

Indeed, Affleck, of whom I’ve often been critical, is on fine form throughout, clearly enjoying a character who leans into calculated, self-amused, unapologetic psychopathy, while also being a devoted dad (to Grave Jenkins’ Trixie). If anything, Deep Water’s problem is leaning too much into the novel’s “plausibilities”; screenwriters Zach Helm and Sam Levinson rightly ejected the most excessive developments of the final act, but they’re still left with the cheesy device of screenwriter Don (Tracy Letts) becoming overtly suspicious of Vic and investigating him with Melinda; his conveniently showing up at an incredibly inconvenient moment for Vic is the ultimate in Z-grade psycho-thriller shlock, but that has to be balanced against the agreeably absurd means by which Vic ultimately gets the better of him.

Other devices, such as his daughter attempting to extract a confession from him, seem to go nowhere. We learn Vic made his money designing a computer chip for military drones; his indifference to their lethal application is one of the picture’s overt means of establishing him as a budding psycho, but even with something like this, Affleck’s measured playing turns something rather clumsy into a positive. I also held out a vague hope something truly oddball would ensue from the tension between Vic and Melinda, such as a reveal they’re playing an elaborate game of seduce and kill, where even her public accusations are part of an extended round of complicit, mutual psychopathy; that would at least have given her some agency beyond tipsy trollop.

Nevertheless, de Armas is entirely game for such an unsympathetic role, and Affleck – Lyne stays with his perspective throughout – seems to positively exult in his, via a range of blackly comic remarks. Vic’s response to the idea that he’s being rude to dinner guest Joel (Melinda has demanded he invite him round and apologise): “I’m not being rude. I made lobster bisque” he responds evenly. Later, when they are alone, with regard to winding Joel up: “I can’t apologise for that, Joel. I did kill Mr McRae. I hit him with a hammer”. And telling Tony, keen to use some of his pet snails for cooking purposes, that they have to be appropriately prepared, “Otherwise, you’ll poison yourself and die”. Returning, all sprightly and self-assured from murdering Tony (Finn Wittrock) with some expertly propelled rocks: “I like him. He’s actually got some brains”.

Elsewhere, Lil Rel Howery and Dash Mihok appear as the kind of best buds who you hoped had long-since fallen by the wayside of the protagonist’s redundant confidante clichés. Lyne was clearly smitten with his pint-sized star, as he includes a Jenkins karaoke number over the end credits. Which… well, outtakes are fine following a comedy, and I get that he’s aware he’s playing genre games, but does he really want viewers to dismiss his movie as forgettably empty-headed quite so emphatically and immediately? 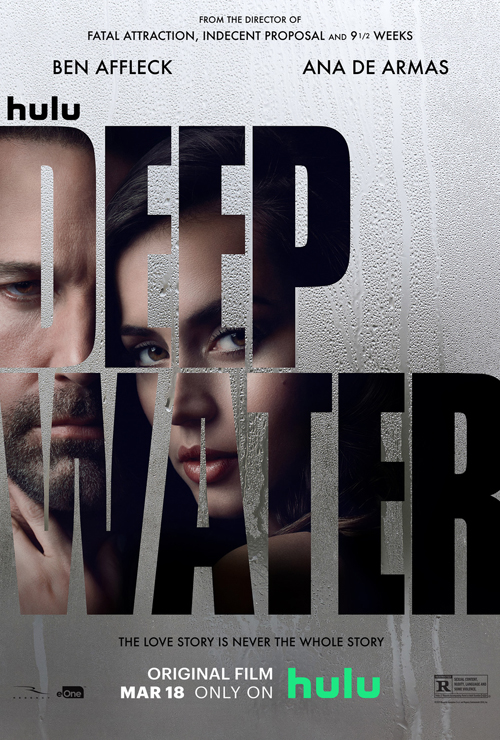