She was born to serve an agenda. The X-Files
5.7: Emily
Just when you thought you’d escaped the insultingly rote voiceovers… (“It begins where it ends. In nothingness”) Cued by the return of Mulder (“Have you ever seen Mr Potato Head?”), Emily assumes a much more traditional thriller bent than its predecessor. And accompanying that shift, the show’s calculated, manipulative streak is foregrounded. What better way to put Dana through the ringer than losing the child she so desperately wants?

Mulder is the prophet of doom from the outset: “She’s a miracle that was never meant to be”. He then proceeds to further spanner his partner’s emotional works by testifying for her adoption of the girl; “Does the FBI stand for Federal Bureau of Imagination?” responds the bewildered judge, baffled by “This Michael Crichton bit”. Yeah, way to go defending her case, Fox. Elsewhere he’s all poker face: “Now, are you two her parents?” asks a doctor at the hospital Some chance. I mean, what idiot would decide to put Mulder and Scully together and have them spawn? That would be the death knell for the show…

Fox also goes ape on the PranGen doctor, waving a gun in his face (“She’s just a lab rat to you!”) and makes his usual cardinal error of knowing these aliens can shapeshift yet behaving entirely credulously towards any supposed human he has turned his back on who was in proximity to them when next they meet. Ah well. Oh, and a live Scully foetus in a jar. Nice. Pfizer were first in line for samples.

Poor little Emily is issuing green goo from the back of the neck, before being injected by her doctor and (painlessly – phew, well that’s something) necrotising and dying. It’s a cheery business, being a Scully.

Apart from Mulder’s Mr Potato Head impression, there’s a moment of levity when Frohike queries the assumed fetching yummy mummies “at the maternity ward” – who are all, in fact, resident in a nursing home receiving hormone treatment: “Yeah, I think you might have a shot here, Frohike” affirms Mulder. Mostly, though, this is grim-faced fare, and it feels the more exploitative for attempting to overlay trad mythology/thriller elements on the previous week’s meditation. 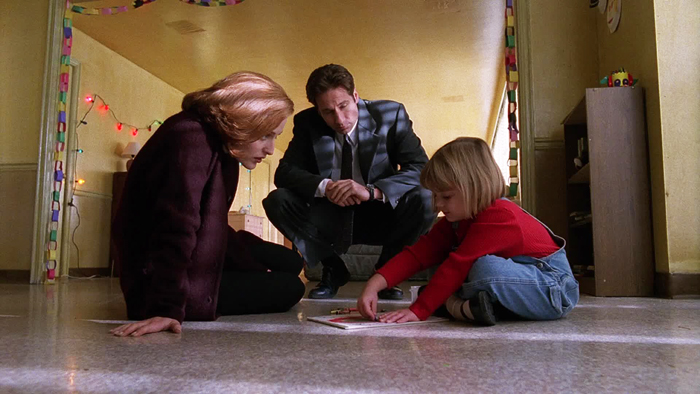 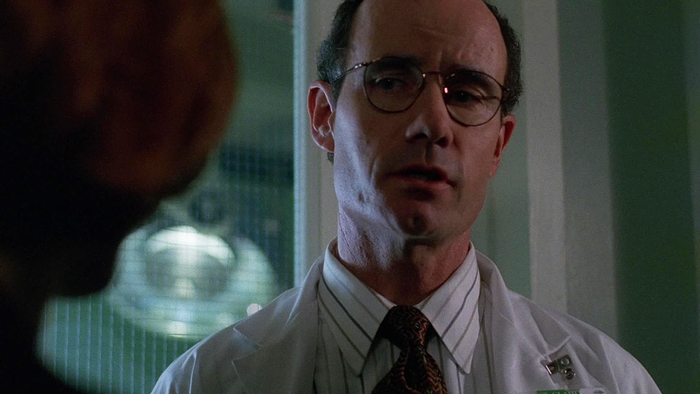 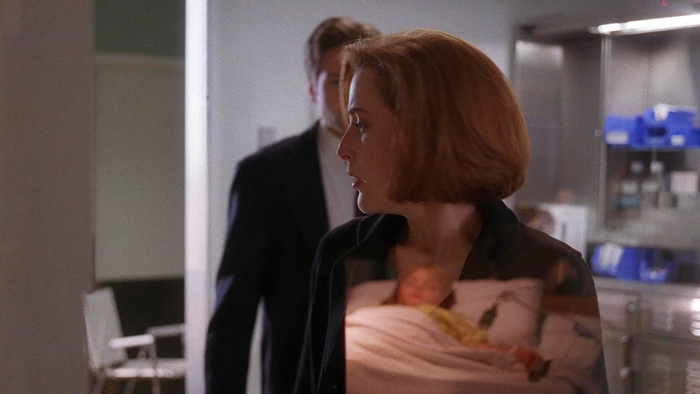 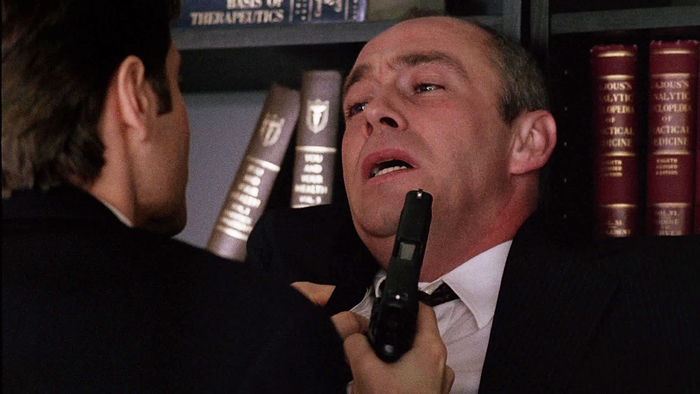 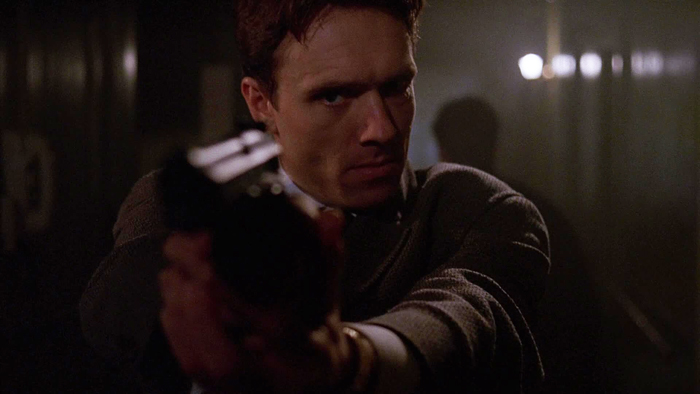 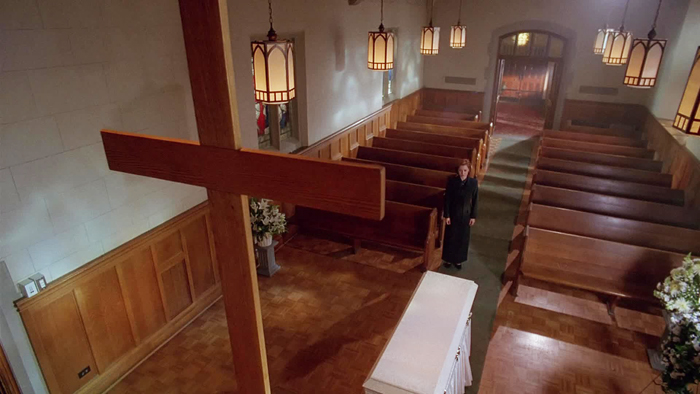 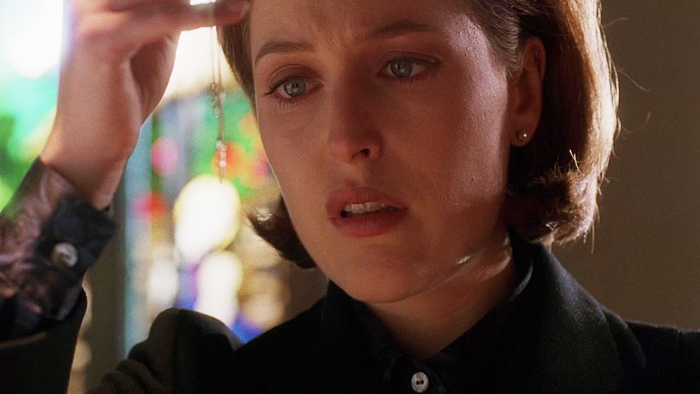