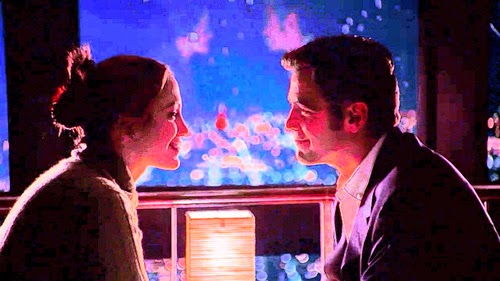 Oblivion
Ocean's 8
Ocean's 11 (2001) (archive)
Ocean's 12 (archive)
Ocean's 13 (archive)
Octopussy
Odd Thomas
The Offence
Oh Mr Porter! (archive)
O.J.: Made in America
Okja
Oldboy (2013)
The Old Guard
Oliver!
Oliver Twist (1948)
Oliver Twist (2005)
Olympus Has Fallen
The Omega Man
The Omen (1976)
The Omen (2006)
Once Upon a Time... in Hollywood
Once Upon a Time in the West
One by One
One Flew Over the Cuckoo's Nest (archive)
127 Hours
The 100-Year-Old Man Who Climbed Out the Window and Disappeared
One More Time with Feeling
One Night in Miami
One of Our Aircraft is Missing
One of Our Dinosaurs is Missing
On Her Majesty's Secret Service
Only God Forgives
Only Lovers Left Alive
Only the Brave
On the Town
On the Waterfront
Only Two Can Play
Onward
Oscar
OSS117: Cairo Nest of Spies
The Other Side of the Wind
Our Brand is Crisis (2015)
Our Kind of Traitor
Our Man in Marrakesh
Outbreak
Outland
Outlander
Out of Africa
Out of Sight
Out of the Furnace
Outlaw/King
Over the Moon
Oz The Great and Powerful

Assault on Precinct 13 (1976) (SPOILERS) You can’t read a review of Assault on Precinct 13 with stumbling over references to its indebtedness – mostly to Howard Hawks – and that was a preface for me when I first caught it on Season Three of BBC2’s Moviedrome (I later picked up the 4Front VHS). In Precinct 13 ’s case, it can feel almost like an attempt to undercut it, to suggest it isn’t quite that original, actually, because: look. On the other hand, John Carpenter was entirely upfront about his influences (not least Hawks), and that he originally envisaged it as an outright siege western (rather than an, you know, urban one). There are times when influences can truly bog a movie down, if it doesn’t have enough going for it in its own right. That’s never the case with Assault on Precinct 13 . Halloween may have sparked Carpenter’s fame and maximised his opportunities, but it’s this picture that really evidences his style, his potential and his masterful facility with music.
Post a Comment
Read more

The Box of Delights (1984) If you were at a formative age when it was first broadcast, a festive viewing of The Box of Delights  may well have become an annual ritual. The BBC adaptation of John Masefield’s 1935 novel is perhaps the ultimate cosy yuletide treat. On a TV screen, at any rate. To an extent, this is exactly the kind of unashamedly middle class-orientated bread-and-butter period production the corporation now thinks twice about; ever so posh kids having jolly adventures in a nostalgic netherworld of Interwar Britannia. Fortunately, there’s more to it than that. There is something genuinely evocative about Box ’s mythic landscape, a place where dream and reality and time and place are unfixed and where Christmas is guaranteed a blanket of thick snow. Key to this is the atmosphere instilled by director Renny Rye. Most BBC fantasy fare doe not age well but The Box of Delights is blessed with a sinister-yet-familiar charm, such that even the creakier production decisi
Post a Comment
Read more

Insomnia (2002) (SPOILERS) I’ve never been mad keen on Insomnia . It’s well made, well-acted, the screenplay is solid and it fits in neatly with Christopher Nolan’s abiding thematic interests, but it’s… There’s something entirely adequateabout it. It isn’t pushing any kind of envelope. It’s happy to be the genre-bound crime study it is and nothing more, something emphasised by Pacino’s umpteenth turn as an under-pressure cop.
Post a Comment
Read more

The Blues Brothers (1980) (SPOILERS) I had limited awareness of John Belushi’s immense mythos before  The Blues Brothers arrived on retail video in the UK (so 1991?) My familiarity with SNL performers really began with Ghostbusters ’ release, which meant picking up the trail of Jake and Elwood was very much a retrospective deal. I knew Animal House , knew Belushi’s impact there, knew 1941 (the Jaws parody was the best bit), knew Wired was a biopic better avoided. But the minor renaissance he, and they, underwent in the UK in the early ’90s seemed to have been initiated by Jive Bunny and the Mastermixers, of all things; Everybody Needs Somebody was part of their That Sounds Good to Me medley, the first of their hits not to make No.1, and Everybody ’s subsequent single release then just missed the Top Ten. Perhaps it was this that hastened CIC/Universal to putting the comedy out on video. Had the movie done the rounds on UK TV in the 80s? If so, it managed to pass me by. Even bef
Post a Comment
Read more

3000 Miles to Graceland (2001) (SPOILERS) The kind of movie that makes your average Tarantino knockoff look classy, 3000 Miles to Graceland is both aggressively unpleasant and acutely absent any virtues, either as a script or a stylistic exercise. The most baffling thing about it is how it attracted Kevin Costner and Kurt Russell, particularly since both ought to have been extra choosy at this point, having toplined expensive bombs in the previous half decade that made them significantly less bankable names. And if you’re wondering how this managed to cost the $62m reported on Wiki, it didn’t; Franchise Pictures, one of the backers, was in the business of fraudulently inflating budgets .
Post a Comment
Read more

A Nightmare on Elm Street (1984) (SPOILERS) I first saw A Nightmare on Elm Street a little under a decade after its release, and I was distinctly underwhelmed five or so sequels and all the hype. Not that it didn’t have its moments, but there was an “It’ll do” quality that reflects most of the Wes Craven movies I’ve seen. Aside from the postmodern tease of A New Nightmare – like Last Action Hero , unfairly maligned – I’d never bothered with the rest of the series, in part because I’m just not that big a horror buff, but also because the rule that the first is usually the best in any series, irrespective of genre, tends to hold out more often than not. So now I’m finally getting round to them, and it seemed only fair to start by giving Freddy’s first another shot. My initial reaction holds true.
Post a Comment
Read more

Fierce Creatures (1997) (SPOILERS) “ I wouldn’t have married Alyce Faye Eicheberger and I wouldn’t have made Fierce Creatures.” So said John Cleese , when industrial-sized, now-ex gourmand Michael Winner, of Winner’s Dinners , Death Wish II and You Must Be Joking! fame (one of those is a legitimate treasure, but only one) asked him what he would do differently if he could live his life again. One of the regrets identified in the response being Cleese’s one-time wife (one-time of two other one-time wives, with the present one mercifully, for John’s sake, ongoing) and the other being the much-anticipated Death Fish II , the sequel to monster hit A Fish Called Wanda. Wanda was a movie that proved all Cleese’s meticulous, focus-group-tested honing and analysis of comedy was justified. Fierce Creatures proved the reverse.
Post a Comment
Read more

Starman (1984) (SPOILERS) John Carpenter’s unlikely SF romance. Unlikely, because the director has done nothing before or since suggesting an affinity for the romantic fairy tale, and yet he proves surprisingly attuned to Starman ’s general vibes. As do his stars and Jack Nitzsche, furnishing the score in a rare non-showing from the director-composer. Indeed, if there’s a bum note here, it’s the fairly ho-hum screenplay; the lustre of Starman isn’t exactly that of making a silk purse from a sow’s ear, but it’s very nearly stitching together something special from resolutely average source material.
Post a Comment
Read more

As Good as it Gets (1997) (SPOILERS) James L Brooks’ third Best Picture Oscar nomination goes to reconfirm every jaundiced notion you had of the writer-director-producer’s capacity for the facile and highly consumable, low-cal, fast-food melodramatic fix with added romcom lustre. Of course, As Good as it Gets was a monster hit, parading as it does Jack in a crackerjack, attention-grabbing part. But it’s a mechanical, suffocatingly artificial affair, ponderously paced (a frankly absurd 139 minutes) and infused with glib affirmations and affections. Naturally, the Academy lapped that shit up, because it reflects their own lack of depth and perception (no further comment is needed than Titanic winning the big prize for that year).
Post a Comment
Read more

Day Break (2006) (SPOILERS) Day Break is the rare series that was lucky to get cancelled. And not in a mercy-killing way. It got to tell its story. Sure, apparently there were other stories. Other days to break. But would it have justified going there? Or would it have proved tantalising/reticent about the elusive reason its protagonist has to keep stirring and repeating? You bet it would. Offering occasional crumbs, and then, when it finally comes time to wrap things up, giving an explanation that satisfies no one/is a cop out/offers a hint at some nebulous existential mission better left to the viewer to conjure up on their own. Best that it didn’t even try to go there.
Post a Comment
Read more